Any game referred to as GOTG this early into a gen is a tad bit overhyped.

Beyond any doubt. Which will make it's performance in the coming months quite enjoyable.

Considering someone here already claimed it as game of the gen, I'd say it's massively overhyped.

It looks like a good quality, polished shooter with bots. It's not the messiah as some here have claimed. 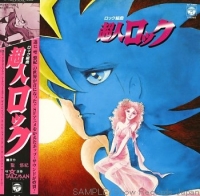 I can get aboard with this point of view!

Seems underhyped, not many people seem to be praising it on forums and such. For the next game from the creators of CoD, that isn't good.

Lets face it, just looks like Call of Duty with a double jump and killstreak vehicles replaced with mechs.

After seeing some alpha footage, I've lost a little interest. But I guess I'll just have to play it myself to see if it's any good.

stop spewing such B.S, ignorant people like you are annoying and dont really add anything to the conversation.

It's definitely over hyped. It'll probably be a good game but not necessarily memorable to say the least.

Idk about that but there are some who definitely want it to fail. Different reasons but mainly because MS has it exclusive for consoles.

This game will probably score really high, and also be a system seller. It seems everyone that tries the game are blown away so the hype is probably very correct :).