Forums - Nintendo Discussion - The Wii U pact- Invest in 3rd party on the Wii U in 2014! Less than a week to go, the Pact is coming to an end. - 128 eshop games on clearance this week!

mmm 12 games.. I think I will easily buy 8 this year for the Wii U but then again a bunch of them probably will be between October-december. 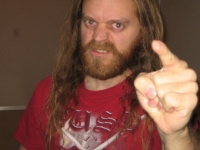 Maybe I'll buy Injustice or Arkham Origins this month; there's not many games that I don't have but want to pick up at this point. Wii Fit U is a lock for this weekend though.

EDIT: still don't have a physical copy of ZombiU; may just pick one up the same day as Wii Fit U

Im not in the pact but will continue to do my best for the cause.

I don't have that kind of disposable income.

Pre-ordered the Wii Fit U Balance Board bundle from Best Buy for $65 (regular price is $90) for this month.

Beyond that, we'll see what the release schedule looks like, but if there was a worthwhile game each month, I'd happily get them.

1 per month? thats insane, we should buy a lot of crappy game just to make that happen...

BTW ME3? you know the collection has te same price right?

Got my Wii U on the 27th December, and already have WW HD and SM3DW, so my average is a game per week

I already have a one game / month plan

Beyond that is anyones guess ;)