I don't think it bombed by any means but from what I can tell GT/Forza/Every racing game except for Mario Kart sells the best in Europe. Personally I find the gameplay in them really bland, but if cars and racing are your thing then thats cool with me. I would'nt call this a flop yet, but lets see in the game has any legs.

Have a suspicious feeling it won't even come close to that, considering it's 50% opening in Japan and now 20% in the UK.

I agree with some of those points except the overall sales for F5. Imo, at this point highest rated really doesn't mean much if your not already a fan of the series. Hell, even Cod this year is a mid 70 meta score and that still sells to it's fan base. Most launch titles sales are pretty much inflated since there's not much more to play in the first few months. But in the case of X1 and PS4 for that matter there appears to be a good stream of releases coming in the first half of 2014 to garner attention away from launch titles.

Gran Turismo is the exception.

As proven by this thread the demand is there.

Lol some people said the same thing for Gran Turismo 5

Yes, an absolute flop. I love the vast amounts of high aptitude and logic in this thread.
Essentially the general consensus is split with one side saying "oh 300,000 copies sold in 5 days in 2 big regions, it's a flop",
while the other side "not a flop, give it more time".

I'm pretty sure over its lifetime the game will be easily profitable and sell around 1 million by the end of December.

Though I guess its more or less a trend on the site, that if the game doesn't hit 1 million sales in the first 5 days it's a failure. 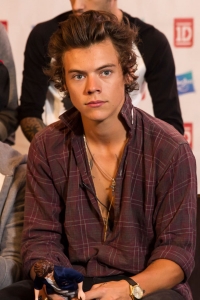 I like my PS, but its the same game as gt5 so lol yeah it boooomb