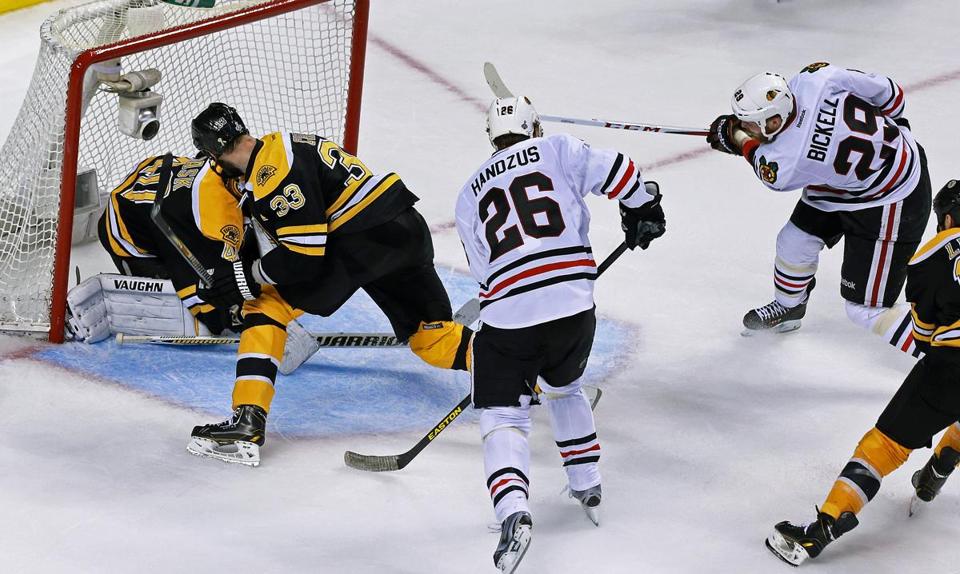 Read the 3rd line in the OP.

Are you a Hockey Fan? If so GREAT! POST IN HERE THROUGH OUT THE YEAR!

If not... WHY THE FUCK NOT? BECOME ONE AND POST HERE THROUGH OUT THE YEAR!

Does he even check here anymore ?

Hopefully, the reason I name him is because he was one of the only five who posted in last years thread, but you didn't answer the more pressing issue. Are you or are you not a hockey fan?

Well, I know I won't be asking my good friend and Bruins fan to join here. ;)

On the divisions, odd to see realignment. Also, I always thought they should name them after great NHL figures rather than "Metropolitan". The Gretzky division, the Orr Division, etc.

Also, what is the hybrid icing system the league is using this year?

The OP pictures will move to the second post after I update the ranks in like a week.

The divisions are very weird.

As for your question, I didn't hear they were going to use it but I knew they were considering it. If they decided to use it, all it is now is the defender has to get to the hash marks where the face off is to get the icing whistle. He doesn't need to touch the puck anymore. UNLESS! the another teams player has a reasonable chance to negate the icing (So like being stride for stride with the other player).

I should add I support the Minnesota Wild (from days of cheering North Stars as a kid) so apparently Max here is our King.

I expect to finish 7th-10th an likely lose in 5 in first round of playoffs if we make it.

Seems like they are trying to get more goals this season with making more room behind the net and shrinking the goalies leg-pads. They are also making people wear visors now which is stupid.