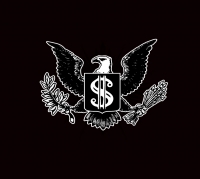 my apologies dear friend..that is something i thought of.that is why i made it clear you could add certain things to your total,that you know best.xbox one's tax won't be as high.slighty more then ps4.

no probs. perhaps i was a bit too harsh. sorry

Waiting for AMD to be able to mass-produce the uncustomised versions of consoles' APUs to calculate the total budget of a APU-based gaming PC. This time PC could finally have the edge almost since the start for both price and power.

it is intereting to know..that for the xbox one's total budget you might actually get an good pc for that much.of curse it depends on if your an pc Gamer or not.

it's more of what you prefer,a console or a gaming pc.

These kinds of threads are a waste of time since you have to make so many assumptions.

The OP should worry less about other people's budgets (most of us have jobs and $100 is trivial when it's the difference between playing the games you want the way you want and getting a system where you play the waiting game or simply don't have access to the games you want).

As for saying "Well get a PC" there are console games that never come to PC so it's not interchangeable with an Xbox One. It doesn't matter for example how much you save on a PC since it won't be playing the latest Forza this Winter if you're a racing game enthusiast and that's the next gen game you're waiting for this year.

Now $629. Might as well make it cheaper while you can, since they are both so expensive

To be honest it might not be a bad idea to replace your controller every few years anyway - ALL that sweat and gunk filling the cracks.

Opened one of mine up for cleaning and was....disgusted.

By the looks of it OP is trolling you guys.

fact is both machines will cost quite a bit more then their advertised cost if you want the full package, and probably won't differ that much in price when its all said and done.
EDIT a good pc will be cheaper no matter if you can or can't play console exclusives on it

Not sure what is the point of listing all of this (esp. with the bad formating) :)

You could just say:

Xbox One is 99$ and you'll need to pay an additionnal 20$ for the charger. So at the end you'll end up paying 110$ more for the Xbox One offering than the PS4.

(You can always get Xbox Live at 49$ with the many promotions, a lot of people even ends up not paying at all for it). And obviously it is up to each of us to decide if the offering is better or not :)