Forums - Gaming Discussion - Which games were the greatest graphical achievements relative to the hardware they were running on?

Gotta watch that one every time I pop the game in. Oh yes. And the music is also awesome.

Whenever I think of games which "pushed" a console graphically, I always think of this..

Plus, Bowser being on Mario's side is a mindf*ck of its own.

Other then this, maybe 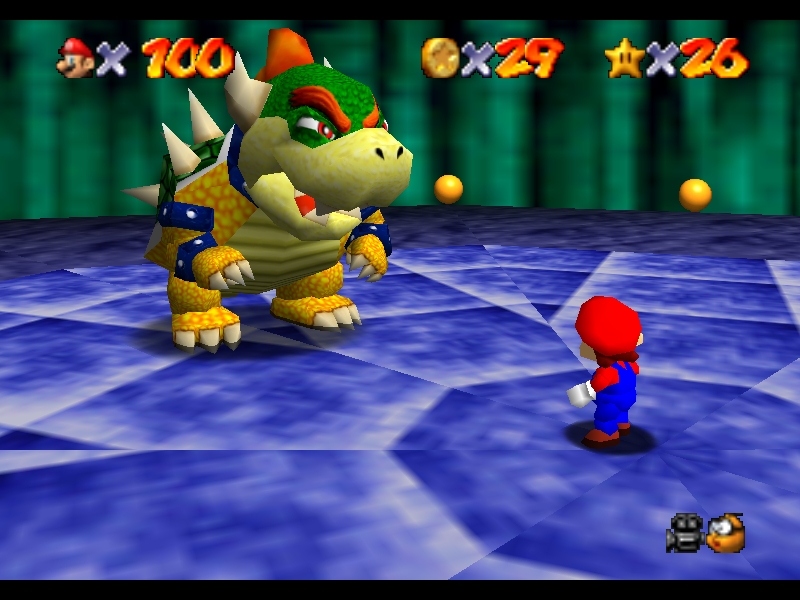 Honestly, I remember playing Super Mario 64, and just stopping to show my mom at how "realistic" this looked. This compared to any SNES/PS1 game at the time, was a ludacris step forward.

XenoBlade on the otherhand.....I just couldn't believe that ran on my Wii. I mean I could, but wow. Monolith Solf literally pushed the system to its limits in every single possible way.

EDIT: I misread the question, Super Mario 64 doesn't count because it doesn't push the N64, just push the envelop for gaming that the time. Super Mario RPG and XenoBlade to count. I know a lot of people would argue Starfox for SNES, but that game tried too hard to achieve 3D gaming. Starfox 2 actually had some details, so it would have counted, but it never released.

Saturn: Beyond Oasis.. (Still one of the best looking 32 bit games ever)

Xbox: TES3 Morrowind. Quite a large world and decent graphics with it (and bugs).

The problem with Turok for N64 was that the draw distances were absurdly short..... Honestly the game was scary because when you heard a Raptor, you REALLY REALLY did not know where it was coming from.

I'm not going to say perfect dark because the framerate was so bad, thankfully they re-released on 360.

Shenmue on Dreamcast
Also, Grand Theft Auto V of course. It manages to fit on just 2 DVD's on Xbox 360.

Out of what I had.

GBC-Pokemon Silver/Gold had unmatched sprite detail for the hardware

GBA-Golden Sun had some great looking attacks and environments.

DS-Mario Kart DS or Ninja Gaiden DS (Tried it at the library and was impressed. Not so much a fan of the genre though)

Though from what I've seen, I think Halo 4 actually surpasses the Last of Us in pure graphics. Last of Us just has a better art direction.