They'll save Forza for GT6.

would be quite an overkill if all of these are true

anyways pretty decent list, although it lacks a jrpg :(

The return of old Rare? 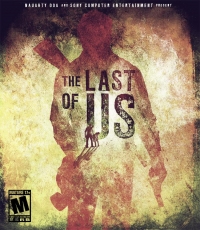 Even if we take out the multiplatform titles (Destiny, Battlefield 4, Assassin's Creed IV, WatchDogs, new Epic Game, I assume it's Fortnite, Call of Duty MW4) the rumored Xbox lineup is strong.

TPS - Infamous: Second Son vs Alan Wake 2 (It would even be more even, if AW2 becomes open-world, like the AW1 planned to be.)

Racing - DriveClub vs. Forza 5 or PGR 5 (I don't think they would release two racing games, and even if they do, it doesn't make business sense. Release PGR 5 to give a franchise a boost, and release Forza 5 a year later or so to counter Gran Turismo 6. However, if they release both Forza will probably crush PGR.

Platformer - Knack vs. new Rare IP (God, I hope Rare makes a great game, even I'm sure it will have Kinect support.)

Core game with motion control - Ryse vs well Sony doesn't have anything.

Of course it's a rumor, and we haven't seen a single game from Microsoft or what Sony still has for the PS4, but it will be an even battle from what I gather.

PS.: Alan Wake 2 will be an exclusive, or will come out on PC? Because the AW series creator Remedy is a big PC supporter.

Wake 2 and PGR5 would be all I'd need! Everything else, of particular interest, would just be icing.

I get 3 games at the most during the first 6 months a system is out. That list makes it hard to buy less then 5.

Alan Wake 2 won't exactly be a big seller, but should do I good job at showing off the graphics and appeal to the hardcore games

The racing games have been heavily rumoured, so I wouldn't be hugely surprised if they were launch titles

I would surprised by Destiny as a launch title, as they have basically said it won't be ready this year, but it is not out of the question

The main thing that I do expect is something Halo, a little spin off maybe or Halo 2 HD, though the latter wouldn't be such a system seller

Couldn't the zombie game and epic game be that game epic demo last year fortnight or what ever its name was?

It will be Fortnite probably. I mean that's Epic's first UE4 game. So why would it not be? And I'm sure it's multiplatform.

The Zombie Game however will probably be a new game developed by Black Tusk Studios.

I'm sure we will talk about them, because they are one of the main first party studios Microsoft was building for next-gen. They're making an FPS game to rival the Halo series as far as the general public has been told. Microsoft will have Halo and a new IP; so Sony will need more than just Killzone. That's why I think they'll need the Resistance series.