You have a right to be biased when talking about how much you dis-like MMO's.

I completely understand you, Axum!

Best scenario - it'll have a sale blip.
Worst care - won't be noticed at all.

Don`t know how diferente both versions are, so it depends. Being able to keep on playing in the Wii U versions is good but i don`t see many people waiting for this version.
Maybe it will go the same way as MH for Wii U. As for hardware, don`t see a big boost coming.

If only this game had been released with the console, things could have been different.

who knows, it is hard to tell. Dragon Quest is not in the same position as Monster Hunter because of several things:
1. Monster Hunter had already an HD version, the portable 3rd HD for PS3.
2. It is a port of Monster Hunter Tri and 3G. I know there are some differences.
3. A completely new Monster Hunter 4 is just around the corner for a handheld with online connectivity for the first time.
It may not sell that well, but expect the next if built from ground up for Wii U to sell like it should.

I wass thingking the same, so here is a comparison...

Based on that data, lets try to use to predict DQX for Wii U

I think that, at least, there`s a chance DQ X might pull MH numbers LTD. It`s true that DQ X is a MMO but MH 3 was pretty much sold as a game. How many versions did the same have anyway? No wonder Capcom ws happy about those sales!

I think the most important factor will be - for Nintendo that is - if sales can rise substantially. If a MMO can sell systems than other games with more mass appeal can, in theory, pull bigger numbers. Which, at the end, will be a way of determining the interest in the console, like: if even a MMO can sell the system, it`s because it ain`t dead!

Unless a whole lot of people have been holding off on buying DQX until the WiiU version came out (possible but not probably) it won't affect console sales much. Depending on it's strength as a MMO it might sell continuously on WiiU to achieve decent LT sales but the Wii version has probably taken the wind out of the sails of this title.

Nintendo has revealed the box art / box design for the upcoming Dragon Quest X Wii U bundle. Dragon Quest X will be released on the Wii U on March 30 in Japan. The original Wii version of the game was released in Japan last year, and has sold almost 1 million copies in the country. The Wii U remake is so far confirmed only for Japan.

Dragon Quest X will support cross platform play between the Wii and the Wii U. Additionally, Square Enix has confirmed that some 3DS connectivity will be available as well for the Wii U version. There have been plenty of rumors about the game coming to the US and EU, but so far nothing has been confirmed. Hopefully Square Enix and Nintendo will release the game in other territories at some point.

I can't see it making much of a dent. I expect it to perform worse than Monster Hunter. Are there any additions to the Wii U version besides updated graphics?

I feel like most people who wanted DQX probably already played it on Wii last August... you never know, though. I'm sure at least a portion of Wii U owners in Japan are big fans of 3DS who never had a Wii but love what Nintendo did with 3DS so they got a Wii U hoping it would turn into a power-house. There's gotta be people like that, right? lol 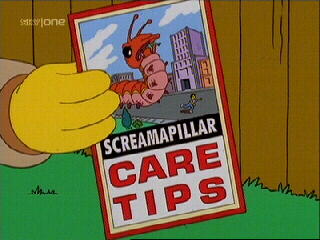