- For a time-limit at least 33% of the players will have to vote for it. The limit will be set @ 24h from the time the last vote was cast, this needs no extra confirmation by me.
- The following voting-formatings will be accepted (unbolded is also accepted):

- The day will end if one person has accumulated more than 50% of the votes, or if a time-limit has run out, if a timelimit is reached the person with the most votes will be lynched, in case more than one person is in lead the tie-braker, that can be found at the end of this post applies. Twilight will last for a minimum of 15 minutes after I posted the final votals, there is absolutely no night talk, check the thread before you post if you are at risk of posting at night (refresh), however it is allowed to tag the thread with a "tagged"-post containing nothing else but the word "tagged" at night.
- Due to the length of Day 1 a generous standard time-limit of 168 hours has been set for the day, this can be expanded to 192 hours in a similar fashion to indroducing a shorter time-limit. Also, nights have been limited to 48 hours.
- If not mentioned otherwise, general rules of VGC mafia apply.

Players got apart from non-structured information (if any) a basic Name - Rolename - Role statement, e.g.:

Well, anyway, I excuse myself for the lack of flavour for some of the PMs and the game itself, but I wanted to get the game up at the promised time and I had some issues with frikking windows 8 on my PC (it broke because I installed a new driver for the gfx card... but anyway, who is interested in this stuff? no one?). Let me start the game in the next post. PMs should be heading out soon.

Feel free to ask me any questions via PM.

lets assume we have the following situation at the end of a time limit for a day:(10 players alive)

To find out which players will be lynched, there will be a made seperate votals, including only the people that are tied. The votes of the vote-leaders will be discarded. The reduced votals would look like this:

In this case, Player Y would be lynched. If after the application of the tie-breaker there still is a tie, the day will end in a no lynch.

also all them PMs are sent out~ 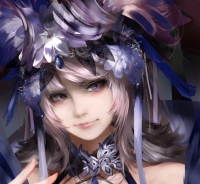 I would end up being the one character that always beat me in game haha. Still, maybe that's a good sign since it shows I am near enough invincible ^^

Yoshi, if I note you down as town is that going to upset you?

Don't see how anyone could ever be upset by that O.o

It's not too hard to imagine. One could take an early "town read" with very little to go off of as being a scum tell.

checking in and ready for action

Zero, are you upset if Yoshi is town?

But if he is town i guess it will just have to wait till another game xD .

But really what makes you think he would be town so soon?, he only said like one word??.

Technically, I never said I think he is town. Though I will say now that I have that impression, or that he's a Godfather.

As for why, I'd rather not say at this point. Why do you ask?