It's the games. It's always the games. Like the OP said, Wii had Wii Sports and Zelda, among other good games. WiiU had what... NSMBU? That's pretty much the only 'big' hitter. And not nearly as fresh and exciting as Wii Sports and a brand spanking new epic Zelda were in 2006. WiiU will pick up a ton, especially when MKU and 3D Mario release, complementing the ton of other great stuff that will have been released by then.

Also... where are those monkeys?

You crazy, a 2D Platformer, not much different from it's predecessors, better then a new Zelda? I think most new console owners are hardcore gamers and while NSMB might sell better then Zelda, as a game for the hardcore....No.

Wii Sports was fun because it was really new and different at the time, and amazing to play with friends. I still play Wii Sports Tennis.

So you think Games is the issue? I dunno if releasing early hurt them, it did give them 2.5 million Wii U's, and with the recent Nintendo Direct indicating a strong fall/strong E3, I think people will have no reason not to get one in fall 2013. I mean I bought my 360 because I waited a year for the PS3/Wii to release and see the disappointing launch library. Wii U will have a library by fall 2013, so it should attract gamers like me.

Yea, I agree, sales post E3 might be huge. I hope Rayman, Dragon Quest X, and Monster Huntrer Tri start to boost up Wii U sales, otherwise we'll have to wait for Pikmin, Zelda, and Bayonetta 2 to do it.

Well I gave a few reasons why it's not doomed, want to know what's the most prevailing.

3DS may be doomed, it's sales are stagnating, it's not showing signs that it will explode in sales this and next year and match DS sales.

PS3 is doomed, it lost it's 1st place lead this gen.

Did Nintendo turn things around with the 3DS now? Year 2 sales only edged out year 1 sales by 700k, and it was only out for 10 months in year 1. DS sales jumped remarkable in its second full year of sales, from 10.93 million to 20.56 million. Can 3DS keep up?

I dunno, ask Nintendo. Rumor is those Monkeys are appearing on 3DS first with a rumored Donkey Kong Land Returns.

I agree, but still 40k weekly compared to 250k weekly. I hope after Rayman, Dragon Quest and Monster Hunter in the next coming months, Wii U sales rise up to 100k weekly.

I want to see the impact Nintendo direct will have on sales. The latest values are from before it.

is wiiu doomed. is it hell.wait till the big guns arrive.all this doom and gloom will be a fading memory. 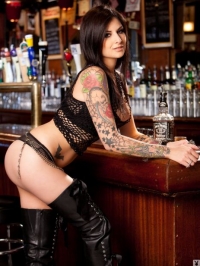 just remember the 3DS... WiiU is in the same direction. After a price cut and a couple of great game, WiiU will be in good position

Yes, it's doomed. We all must see the light someday. Let's pack up our bags and abandon ship.