After all this time I think it's time for a reboot of the Mario franchise. I'll give some ideas:

The Mushroom Kingdom was completely destroyed after a nuclear war. In this age, a man named Mario must rescue his fiancee Peach from his old friend (and now rival) Luigi. To do so he'll use his secret technique, the Plumber shin Ken, that allow him to destroy the turtle shell of his opponent, often resulting in a violent and gruesome death.

This one is for the japanese market, to recover the favor of the otaku japanese hardcore gamers:

You are Mario, the new transfer student in Mushroom High School. Your objetive in the game is to have sex win Peach's heart before the graduation party. Mario the Main Character will be able to befriend other people like Luigi the Loser, Bowser the Bully, Pikachu the Pet, Wario the Wacky, Birdo the Bisexual and Peter the Parker, the guest artist. Mario should be happy careful because other girls like Daisy or Rosalina will try to fuck him draw his attention, preventing him from fulfilling his naughty goals.

After beating the game a new mode will be unlocked, Girl Mode, where you can play as any of the girls you have completed her route in the normal game. In this mode your objetive is to enslave charm as many male students as possible to become the School Queen.

I like your visual novel idea.  I really enjoyed the Peach part with Francis in Super Paper Mario. 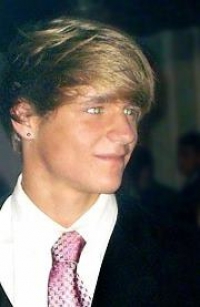 No. I think Nintendo should transform Metroid into and annual series like Call of Duty. They should also focus only on graphics for the next Zelda, and create a Ninja Gaiden-like game but with naked girls and a lot of blood.

@Player2: Did you read that fanfic on TMK's website? ~_^
I swear they have a similar story...

Nope, I had a lot of time in the public transport today and it popped in my mind... I just used typical highschool and harem manga/anime elements on it. But now I'm curious about that fanfic so I'll check it out xD

After having consumed every life in their own world, the snakes Rattle and Rol descent on earth. Being Australian, they dont think twice about killing everything in their way. You play as either snake of course. Coop is implemented via asymmetrical gameplay.

Didn't Factor 5 already pitch Man Icarus? If only they'd upped the blood, Factor 5 might still be alive to make Lair 2.

He will be missed

Check out my Gaming Website www.LiveLootLevel.com View my game blog, read some reviews, and leave a comment with your thoughts. Thanks for taking the time guys.

I like this post totally agree. I will say this again , a lot of these ASAS games feel rather very similar. I dont even bother with PS3 and XBOX 360 anymore. It is why I sold them. We NEED unique software and unique way of playing.