No way, not in this day and age, with all three consoles totaling over 200m units sold WW (that's not even factoring in the handhelds, which practically doubles that figure) over the past generation.

With the Wii U most likely being the cheapest of the three consoles for the duration of its life, coupled with the push towards integrating home entertainment features like TVii, there's no way this thing does under 60 mil WW, and that's on the extremely conservative side. I firmly feel Wii U will safely do at least 80 mil WW.

IF PS4 and 720 arrive at similar price points the WiiU will drop off. core gamers will likly choose PS4 and 720, you can quote me this next year. WiiU is actually lanching more expensive than the orig 360. it doesnt have the family friendly price tag as Wii did so il go with 40 - 50 million

it will sell at least 100m! there I said it and I will stand by it until the end of next gen

I can just see the sales for the wii u dropping hard when the ps4 and Xbox 720 are released. A lot of core gamers will probably hold off on the wii u in anticipation the those. It'll sell very well in its first year, because its the only next gen console out, but when all 3 are out, I can't see it doing that well. 60million max. 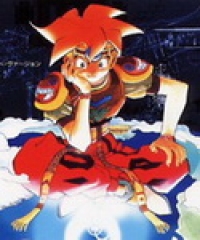 Those are nearly the same things I would have written.The only difference is that I have no doubt it will own the next generation too (like I had no doubt before for DS/Wii/3DS).We've all seen that graphics don't matter really as far as support and sales are concerned, and it's ussually the "weakest" console taking the reign on both matters. Add to that the fact that's it's turning into a core machine,while still holding onto those big casual sellers of last generation, and both worlds are pleased at the same time. Throw in Nintendo's & 3rd parties' exclusives and garanted current-gen multiplatform support until the other 2 "big ones" arrive and sell enough to make their predecessors obsolete ( that would take 2-3 years in my opinion), and when WiiU is at the point where it will start to lose support because of lack of horsepower ( which is going to take another 2-3 years because it will have sold tons of millions and they will still keep supporting it), it will be already at the stage of being replaced by it's successor, because Nintendo throws out a new home console every 5-6 years if you didn't notice. How can I be so sure? It's simple.Remeber the Wii? It came out one year after 360 and should have been replaced 1-2 years ago, due to lack of real support. Well, now WiiU arrives 1-1,5 years -before- the other 2, and since it's going to fare likewise, while catering to a core audience this time, there won't really be any time for it to lose any noticeable 3rd party support. Yes it will be losing "2nd gen" & upwards next gen games, but those will start appearing near it's "end" anyway. Take into account the huge development costs involved into making next gen games (that why developers always flock to the weaker console, especially now, and remember how many companies closed doors or merged during this gen), and you can be assured that the other 2 have no easy game on their hands. Japan is practically already "Nintendo Land" with Vita's nonexistent sales and PS3 low total sales compared to Wii (Microsoft doesn't even 'exist' there), and WiiU will continue that trend starting with Monster Hunter & Dragon Quest and obviously many more heavy hitters like 3DS did. As for the rest of the world, it will have ammased 20 million or so of sales and tons of games, and be pretty much fully alive by the time the other 2 consoles get released at a higher price point, so they will be no way they will be able to sell that fast and surpass it.As for total sales, I could see it surpassing 100mil by the end of its cycle.The same thing I'm sure 3DS will do too.

Watching the events of the cosmos unfold in tears and solitude

Pre-orders are mainly the result of what the Wii did. They're probably not indictive of long-term post sales

i think the thread title got cut off...its supposed to say "Wii U will sell under 40million units first year"

but seriously over 60M is my guess

It will sell less than 20 million.