I mean the band, not the activity. I really got into the band a few years ago and I can't get enough. I know Billy Corgan is the only original member still with the band but to me the sound is still quintessential pumpkins. I really am in love with the new album Oceania. I've listened to it several times  and it is one of the few albums where I like every song.

They have a ton of great albums from Gish, Siamese Dream, to the masterpiece Mellon Collie and the Infinite Sadness. I really hope to see them perform live some day.

Yeah I like them, I have some friends that were really into them too. Personally I've always felt Smashing Pumpkins vibes from Silver Sun Pickups whom I really like.

heard of them. never listened to any of their music but i may have on the radio. are they good? name the top 5 songs from them and i will look them up on youtube

Gish and Siamese Dream are the albums that I like. The music is very good, but I never really cared for Billy Corgan's vocal style.

True story: I saw Smashing Pumpkin's when they were first signed opening up for my uncle's band at the time, The Slammin' Watusis (who put out two studio released albums). Back then I knew that Smashing Pumpkins were going to be a really popular band because it was obvious how good that they were live.

Edit:  I just wanted to add that Quiet is my favorite song by them.

My girlfriend is a fan, her birthday was two weeks ago and I bought her the Mellon Collie & The Infinite Sadness double CD (she had that album on cassette she bought 15 years ago!)

I don't love their style, but I can stand them, and they have great concerts (saw them last year)

Smashing Pumpkins were a HUGE ripoff of MBV

Especially MBV's album Loveless; Siamese Dreams is basically a ripoff of this album - and most of the Pumpkins music I`ve heard sounds very similar to Loveless and MBV`s 1988 album.  Aside from MBV`s unique guitar style, The Smashing Pumpkins lead singer even ripped off MBV`s unique vocal style. So I couldn't really ever see them as any more than an imitation band of sorts - and wasn`t able to really get into the Smashing Pumpkins. 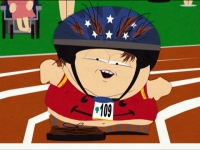 as you can see, I'm a huge fan. they have an incredible catalog of great songs.

Yeah, well at least I used to be in the 90's. I haven't listened to them in awhile though. I think after they broke up I did get the Zwan album, but then they broke up and I don't know what happened after that.

I saw them once live during the Mellon Collie and the Infinite Sadness tour (in 1996 or 1997, I think.) I remember the original tour date was  delayed because of the whole Jimmy Chamberlin/keyboardist OD drug incident. Ended up happening later in the year (with a different drummer.) Was still a great show though!