Forums - Nintendo Discussion - Is it game over for Nintendo?

Atari, Sega have fallen: Nintendo next?

Your logic is flawed, as the people would buy with the money cinema-tickets, concert-ticket, would go to amusement parks or something like that. They would not spend money on gaming if not because of the style you don't like. So on your list above is missing the point that happens in reality:

C) would have been spend on something not gaming-related in the first-place.

To formulate it as you did: if no casual-gaming is offered, the former buyers of this will

b) spend the money on non-gaming casual stuff?

And don't forget, as the casual crowd started to be interested in gaming in the first place by these games, they might have accidently bought some games you like.

Again you also ignore, that the casual-games that you hate sooooooooo much pay for the development of games you like, that are

a) more expensive to develop

and b) sell a lot less

But I think there is no point in discussing this any more, as you hate gaming you will not accept any logic in the first place. Evidence will not pop up for your bold claims, so this discussion leaves nowhere.

Actually that is very simple and logical. You just refuse to accept that, because it goes against your argument. Do you know what logic is?

Yes, it is somethign very simple and logical to understand, but you refuse to accept logic to hate.

LOL comparing COD on WiiU against PS3/360 is pointless.

Established userbase of consoles vs a launch console that has sold only 2.4million units and had 20 games to choose from at launch.

Not to mention most people would already own COD on another system and have their circle of friends before the WiiU launch so why would they buy another copy just on WiiU if they got no one they know to play with?

The only way for COD to succeed on WiiU now is for the game to attract new gamers who are Nintendo only owners as no one in their right mind would switch from a PS3/360 to WiiU unless their was a valid reason to. This will take time.

Everything else is just you assuming something irrelevant, based on your personal preference. 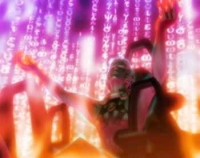 Sepeku or harikari, spelled them both wrong but you get it.