@panama, can you be a little more constructive and explain which 2D fighting games you remember having 2v2 battle before smash? I'm actually curious myself, because I can't remember which were I mostly remember tag battles.

I'm not saying it didn't happen, I'm just interested to know if it did which game it was.

Well, in a sense you could say that Super Mario Bros. copied pitfall, but then that would be the kind of copying I was expecting from PS All-Stars, where things change (sidescrolling was now dynamic, you could squash ennemies, the game was actually fun

But I don't think you could really say that about Nintendo honestly. When they copied a tennis game (let's say virtua tennis in 1999) with Mario tennis (in 2000), the game dynamics was radically redesigned to fit the cartoon theme. The same really can't be said here and that's what's getting me.

I don't think Sony copied anyone. I've heard from credible sources that the game has been in development since 1954, before Nintendo was even heard of. If Nintendo never existed, PABR would have still been created. Nintendo coincidentally came up with the idea as Sony was developing PABR. Nintendo was just quicker to the punch.


I see you did not read the OP at all.

Yes, it's a Smash Bros. clone. No, I don't feel any displeasure.

Quite the contrary actually, Brawl is one of my favorite games ever, I say:

Now I didn't say similar, I said identical with a reskin.

@trucks. I didn't realize you had such a high-pitched voice! And anyways, you and I have a brawl game to play soon. Let's settle our differences on a good game of Smash.

1992, 6 years before the first Smash Bros. It lacked platforms and ring outs though, but it was one of, if not the first 4-player fighter. 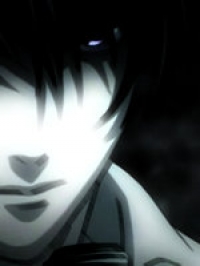 I'm not trolling or anything so don't be a smart ass. I said it's a copy and I'm still buying it.