Do you agree with me?

Underlined: Think about this: When the big bang occured, there was not a single life-form. No decisions could be made, thus either randomness or determined patterns made materials move and finally shape planets and eventually life. If the free will is what shapes randomness (which I really, really don't believe) then you just proved that there is a god. I'd say that it's the other way around though, and that randomness/determined events is what shapes the free will.

This is by far the best comment in this thread so far, and I completely agree.

(I don't believe in quantum effects myself, but I had to include it as it hasn't been disproven)

No offense taken, it was just an opinion, I have no way of proving or disapproving what I said. Its just what I personally believe.


Well as a matter fact....I didnt think of it that way, but yes I do believe in a higher being = a.k.a. God

But seriously, I believe it goes both ways, for you to make a decision, it had to be because of a certain event, that event in itself was a result of someone or something's decision (free will decision), an earthquake for an example doesnt just happen for a particular reason, it can occur by some random chance or it can occur because of a reason such as Underwater volcanoes etc.

Everything can be explained, but only if you grasp the knowledge or the means of understanding what happened.

Even if things were pre-determined by a higher being to occur such as a Earthquake (for an example), dont you think you in the end have the say/free will to decide on what action should you do, and in that would end up as a result of whether what decision you make could either make you a survivor or a victim? (I probably worded this wrong, hope you understood what I meant XD).

That doesn't mean it's randomness though. There is a complex system behind it, humans are making decissions all the time and those decissions affect the system, which affect other decissions. Of course those decissions are going to be influenced by society, one's upbringing, etc., but all those factors are also made by human decissions.

You're taking a very strict view of the meaning of free here. It's all about what free means. 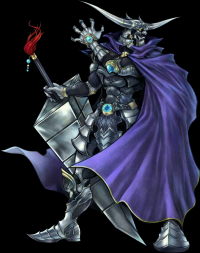 free will must exist on some level because it depends on someone else for example the man he robbed had many choices he could stop the robber or shake his hand and that ultimately changes fate, or even you trip on the curb and think "what am I doing" then decided not to rob the house. we are bound by threads and every action we take changes the world in some way.

@OP: You should really play the Witcher 2

Is that a response to me o.O?

I should of chose "I'm confused" on the poll but I misclicked ;p