What up dawgs, gonna keep this short.

I've played all the MGS games now, had saved MGS3 for two reasons:
1) I couldn't stand the camera
2) I didn't want the MGS games to end

But after playing it, I am dissapointed, quite heavily so and if I were to rank them it'd be.

The problem I had was the fact that the gameplay was not fun for me. I can understand the ooo jungle, survival, naked snake stuff. But going to where you were supposed to go was just a pain in the ass and I disliked ALL of the boss fights ALL, including the final one aside from The Sorrow and The End. I was expecting The Boss to have a similar fight as Ocelot and Solid Snake did in MGS4 or hell Solid and Liquid in MGS1. Instead this was.. I don't know, I was waiting for a big ass climax but I never got it.

The biggest issue was the fact that I feel that after playing MGS1, 2 and ESPECIALLY (ofcourse) MGS4, the story in MGS3 was unneceserily. We got to see how Big Boss became the man he is and why he was ..disgusted with the US government. Sure sure, but I cant stop but feel like this was really unneceserily and just a filler. Oh yeah we got to get introduced to Eva and all that but I wanted to see more. I wanted to see what happens when he actually is Big boss, I wanted to see Foxhound (Which I suppose MG1 and 2 covers but.. come on .. those games.. bleh), I wanted to see the Patriots and Zero's relation to Big Boss actually take a turn. Instead we are told this in MGS4, by characters we got to see in MGS3. I've heard that A LOT feel that MGS3 is the best in the series, but I don't feel that way. I didn't really care AT ALL about what was going on. I don't know what it was. I LOVE MGS4 and MGS1, hell I can honestly say I like MGS2 now too after playing MGS3. But wow..

The highlight was the ladder that seemed to go on forever, with the Snake eater theme <3. The game was originally like a 7/10 for me until the very end right after the Shagohod (Which I by the way felt was poorly designed). Ultimately the ending sequence turned it into an 8/10 which isn't all that omg for an MGS game as I see MGS4 being an 11 yes, an 11 if thats even possible lol. I just love it so much. I sympathize with Solid, but I didn't with Boss.

It feels like I knew what was going to happen so the story ofcourse was spoiled which is a terrible shame indeed. I guess I.. was expecting to be shocked at how amazing it is, but it was just a plain game with design and gameplay choices that was against my PERSONAL preference. Remember that this is all my opinion. Overall, I suppose I.. enjoyed it, but I did not enjoy it nearly as much as other MGS games.

OH And his eyepatch. I was like OO we gonna see something bad ass now xD, hes gonna put up the patch and be like.. Call me Baouzz... Big Baouzz towards the end or something XD I don't know!! But something.. Aand no. Next cutscene, my friends all: Dude his eye patch is there. Im like WHAT.. ...

Yes tiny details, but I care okay? xD I don't know: I had to write myself off.

What made MGS3 so good to you? The story? Thats' gotta be it right? Too bad I knew it already. You are dead to me.

Well thank you for keeping it short.

I actually agree mostly, game didn't really hit me the way it did for most other people, I just didn't get attached to the characters. I mean it was fun, but I don't think it comes close to MGS or MGS4. I may even put it on par or just below MGS2.

This site hasn't been the same since Aldro died.

I played it 7 YEARS AGO and it was PERFECT. I am playing the HD version right now on PS3 and it is still quite good, but some controls feel a bit outdated. Back then for me this game was a Masterpiece because I am a fan of MGS franchise, the graphics were terrific, the story was amazing, and with the camera change in the subsistance version was a great change. Also the gameplay and cutscenes were balanced great, because there are not cutscenes too long; and in each area you play a LOT. In MGS4 the stage 3 is quite a joke really because it is too short, and most of it are cutscenes. But because of the gamplay (which is Freaking OUTSTANDING) in MGS4 is why for me right now it is the best MGS game yet.

Games have changed A LOT in 7 years; I bet that if you played the game back then, you would have thought that it was the best game ever. Most people still remember MGS3 like a masterpiece, that is why they write a lot about it.

For me it would be this way: 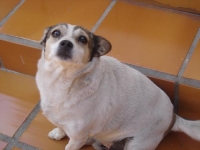 So, basically you want to troll 3DS. I see. Well done.

I don't get your story complaint. It's how BigBoss came to be and the origin of Ocelot and Eva. That sounds pretty needed. It's the beginning of it all. How MGS4's story can be enjoyed without 3 is baffling to me. MGS3 (and probably MG1) are the only ones that can be fully appreciated storywise without knowledge of the others.

It had most complete ending and in my opinion the best story in MGS universe. Other than the first game to some extend i find the stories to be convoluted mess. Not to say i don't enjoy the games but 1 and 3 stood out to be and 2 and 4 were good but not great.