Maybe you should try Metal Gear Peace Walker to better experience the awesomeness the legend that is Big Boss.

I think I'd rank the MGS games like this:

1, 4 and 3, even though I put them in that order, are pretty simillar in quality for me... with 2 being a little worse than them :P 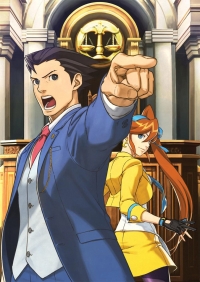 I honestly think MGS 3 had the best story and the best boss fights, sure the game play isn't as good as 4 but I still enjoyed it more.

The fact you rank MGS4 at number one is the answer, you clearly have no idea what a good game is.

4 was good but 3 was the best one to me. The story, gameplay, and bosses are the best in the series to me.

I would personally rate them as MGS3 > MGS > MGS2

Story in MGS2 was a convoluted piece of shit. MGS1 had at a very least an enjoyable plot. And MGS3 simply blew them both out of the water. It was freaking emotional.

Also it has the best game play out of the two. It's such a radical change that I can understand that people won't enjoy it, but to me it's simply a more complete experience.

How can one understand even half of what's going on in MGS4 without playing MGS3?

Perhaps thats just it, I didn't feel MGS1 or MGS2 was outdated because they are so different from MGS4 gameplay wise, whereas the MGS3 just feels.. yeah.

fmjasinski said:
So, basically you want to troll 3DS. I see. Well done.

3DS.. thats the Nintendo handheld right? How ..wait what?

KylieDog said:
The fact you rank MGS4 at number one is the answer, you clearly have no idea what a good game is.

Clearly I am not alone. Let people have opinions :<

Not sure if I said it earlier, but I read up on all of that earlier and I played MGS4 14 times, enough to understand what the legacy was, what the scheme was about and so on. I had got a picture in my head on how it all played out and MGS3 ..didn't really change all that much. Imagine that you watch Star Wars episode 6, then you go on and do so much research on how everything played up until that point. Its possible! The story was told to me through MGS4, but obviously MGS3 introduced it to the players even before that and gave the whole depth that MGS is known for. The problem is, I will never experience that because my first MGS game was MGS4 and I loved it to death. So I was asking VGchartz here if MGS3 is amazing due to any other reason than the actual story/plot. And yes I just bought MGS HD Collection yesterday.

It was an amazing ending yeah but I've seen better. It was def. up in my top video game endings though. Albeit I knew how it was going to end so .. damn!

Dgc1808 said:
I don't get your story complaint. It's how BigBoss came to be and the origin of Ocelot and Eva. That sounds pretty needed. It's the beginning of it all. How MGS4's story can be enjoyed without 3 is baffling to me. MGS3 (and probably MG1) are the only ones that can be fully appreciated storywise without knowledge of the others.

Portable ops.. I dont have  a PSP ;(. Peacewalker, I just started it but god I hate the the way they present the cutscenes XD. Its like the comic-ish thing, is it like this all the way through? I've yet to see a ingame ..cutscene if you know what I mean. And the story introduces characters that are not compelling to me.. (ONLY PLAYED FOR LIKE 2 HOURS! FYI!). I believe it'll explain Outer haven though? Thats what'll keep me going I suppose.

green_sky said:
It had most complete ending and in my opinion the best story in MGS universe. Other than the first game to some extend i find the stories to be convoluted mess. Not to say i don't enjoy the games but 1 and 3 stood out to be and 2 and 4 were good but not great.

I felt MGS4 had a more "complete" ending, even though it was left quite open. MGS3s ending was more powerful though while MGS4 was like sayonara to all the characters you've grown to love. That daym long hour ending.. XD

Could it be that Metal Gear Solid 3 is quite dated in the gameplay departement now? I did enjoy MGS1 and MGS2 a lot in that front...

In MGS3, there were so many cutscenes and I LOVE Kojimas cutscenes but in MGS4, every moment : I was like: Damn.. I wish I could play thi.. oh hello! AWESOME

MGS3 had not a single thing like that aside from the Shagohod battle which I honestly felt was ..not great.

And oh I wanted such an epic final fight with The Boss but I didn't enjoy that AT all.

I guess what I am saying is I was let down in the gameplay departement in my opinion. I can understand the Story probably is great, but I was doomed from the moment I played MGS4. I just wanted to see if there's anything else that I missed. Perhaps I did it wrong.. I don't know. I just can't believe how underwhelmed I felt. But like I said, I knew the plot.