I have a lot of beefs with 3D Zelda games, and not a small number of them are present in Twilight Princess. The combat is unsatisfying, the overworld (And now that I think about, the entire game) is devoid of any truly challenging enemies, most items are useless outside of the dungeons they were found in, yadda yadda yadda. But amidst those things are a hell of a soundtrack that sets the mood, the most coherent game world the series has ever seen, and some great dungeons that, while superficially might feel just a tad... recycled, have some interesting quirks that keep things fresh.

At first I bought this game because it had Final Fantasy in the title and was a little unsettled by the combat system. It felt a bit like playing chess, it was different from what I was expecting but it was rather fun. Then before I knew it, I had put in close to a 100 hours into the game, exploring the many different jobs for my characters, battling Zodiac inspired bosses, getting killed many many times, trying to follow the many twists and turns of the story.

The game was much more difficult than any other Final Fantasy and I really enjoyed that. I even almost thought I was going to have start over at one point because I had saved right before Velius and he was kicking my ass over and over and over again but with careful fine tuning of my team and a bit  of luck I managed to pull through. 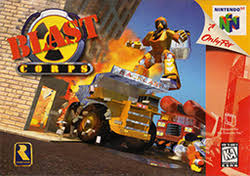 This is one game that shows a good story is not necessary to make a great game. There's a truck full of nuclear material on the loose and instead of trying to stop it by blowing off the tires or have it roll in deep mud (that would work), the authorities have decided that the best course of action is to destroy every building in its path.

It makes no sense at all but you get to destroy buildings using a wide variety of vehicles going from a rocket firing motorcycle (very safe around nuclear waste), a bulldozer, a dump truck (that requires some practice to use) and a flying robot that just tramples buildings.

The game tons of fun and is over quickly but the time trials keep you coming back for more and more. Also, did I tell you that you get to destroy buildings?

A big improvement over the first one and I enjoyed it very much. 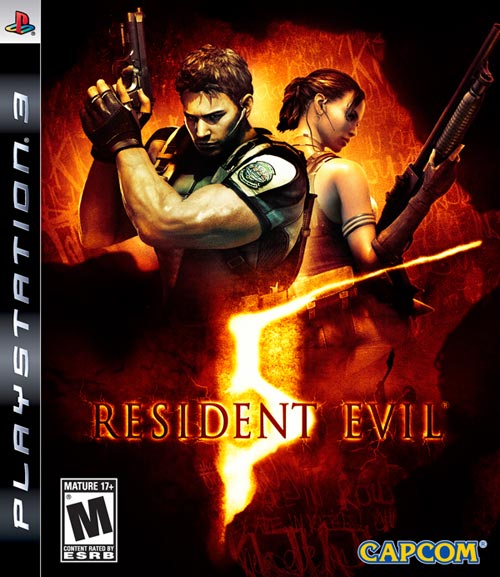 Did I put this game in my top 50 just because of the yummy Chris Redfield? No, I'm a real Resident Evil fan and I love these games for the gameplay first and foremost (but eye candy is always a nice bonus). The big change this game brings is the co-op gameplay which I really enjoyed. Especially when I got to play through the game with my brother who's much better at RE than the AI. The game also features the return of Wesker, my favorite RE vilain, in his quest for COMPLETE GLOBAL SATURATION!

In the end, what made me like this game so much is what I love about all RE games: killing zombies and huge deformed bioweapons. That and the mercenaries mode which is so addictive and thrilling!

44. Phoenix Wright: Ace Attorney: Trials and Tribulations (Wiiware)
The second of many Adventure games on my list. Gathering evidence from crimes scenes, cross examining witness to pull apart false testimonies, and sticking it to prosecution make for great gameplay. Add in a humorous script, and colorful characters and you get one heck of a game. The Judge and Dick Gumshoe are my favorite npcs.

43. Lost Winds (Wiiware)
In Lost Winds you play as both Toku, a young boy, and the ancient spirit Enril. You control Toku with the nun chuck, and use the wii remote to activate Enril's power over wind. Using wind you solve puzzles, stop enimies, and enhance Toku's jumping. The game is a blast, and the final boss is epic.

Is anyone else doing a lot of restructuring of their top 50 as they go along? Okami was originally my 39, my 48 was bumped altogether, my old 43 became my 48, and then my new 43 was bumped up to 37 before Okami got the spot.

yup, I came across a couple of games that I had to put into the list.

Do you hate games or something?  No game that has unsatisfying combat, is devoid of challenging enemies, most items are useless, and apaprently many more complaints in your eyes, has ANY place in a top anything list JUST because of the soundtrack.

Twilight Princess was originally my #38 until I realized I didn't like it nearly as much as some of the games I had placed below it.

The setting, atmosphere, dungeons and a plenty of little things I didn't feel like going on about also helped offset the things I don't like about the game. But the truth is, I just haven't played that many games that I truly adore. Many of my favorite genres (2D platformers, shoot 'em ups, etc.) stopped being popular right around the time I was born. (I didn't get seriously into gaming until three years ago, when I discovered the wonders of emulators and the virtual console)