Forums - Gaming Discussion - What exactly is considered to be 'Milking'?

RE4 is being milked as well, in my opinion.
From gamecube, to PS2, then Wii and finally the HD remake coming out.
Nothing has changed since the PS2 with extra content, aside from slightly better graphics


Obviously MS is listening to their fanbase if Halo racks in the most fans of any other IP that they own. The fans will take Halo over other IP's any day. When MS. Makes a Halo, tens of millions of XB fans are happy, while a few are upset. If they were to neglect Halo, then their would be millions of fans upset, with only a few happy. Sales = fan-base. If the fans didn't want Halo, they wouldn't buy it.

Oh, and BTW, Ms. Isn't focusing all of their resources on Halo. They have one dev, just like Sony, working on the Halo franchise. That studio is called 343 studious. Halo isn't blocking any other IP's from being created. MS. Just doesn't have the manpower to consistently make various IPs.

Games like COD are in the same boat. Every year ir releases, it's rated high by reviewers. Every year, Devs make tons of cash. And most importantly, the fans love it EVERY Year. It's what the people want. As a publisher, it's their job to give the people what they want.

The fact is COD is well revieved by everyone, by both the fans and reviewers. There are only about 100k people out there like you who feel the opposite. Obviously a publisher can't satisfy everyone, so they decide to satisfy the most people they can. And that's what they do every year.

The majority of your post is opinion. YOU don't want Halo. YOU want different IPs. YOU are tired of COD. You have to remember that you are in a very small minority. As a publisher, it's their job to ignore people like you in order to create more happy customers than unhappy. You have to stop being selfish and realize that MS./Acti are doing what they're doing for the greater good.

I see. So I have to stop being selfish so that MS can be selfish.

Many people are tired of call of duty. Many reviews have said it themselves that they aren't introducing anything new. For eg call of duty world at war got criticized for it. Ironically modern warfare 2 didn't. I actually doubt people ask for a call of duty game, and not just buy it because its a call of duty game. And sales does not equal quality. It never did.

Your post makes it seem like every year MS is asking their fans if they want halo and depending on the feedback they make more. That's not really the case. If that was the case ODST would have sold around halo 3 as well. Instead it did half the nos. Were less people asking for halo at that time?

Halo sells because of brand name and marketing. The halo that will be releasing this year won't sell as much as halo 4 at all. Its a given. It will sell even less than gears of war 3. I guarantee you MS doesn't have the balls to release a Halo game without any marketing or marketing similar to that of demon's souls or something. Cause then it wouldn't sell as much.

You are right in that MS isn't focussing all their developers into halo. Instead they are now focussing onto kinect, I am sure this is because people are asking for it as well /s.

MS has more than enough money to create their own development studios. Something that they actually did for their kinect games.

They had remedy. They could have published their game. Maybe they will.


Tell me how MS is being selfish? Like I said, it is their job to satisfy the greater good. They cannot satisfy everyone.

Many people may be tired of COD. But for every person that is tired of COD, there are ten people who love it. As I said earlier, the people who feel COD is getting stale are in a very small minority.

Quality is subjective. No point in arguing over it

MS doesn't ask every year what people want, no. They do what all businesses do. They view the sales of their latest install to judge if there is still demand for it. ODST Sold what it sold because it wasn't entirely new, it had nothing to do with demand. Every time there's a new full fledged Halo title (3, Reach), it sells loads and is critically aclaimed.

Any game with marketing will sell more with marketing than without. I don't know what you're trying to prove. The Halo this year isn't even a new release. It's a remake. Why would it sell as much as Halo 4? Demon's is a niche title. Halo isn't. Why would they have similar levels of marketing?

I don't know why you bougt up Kinect. We were discussing Halo being milked. But since you did, I will say that Kinect is loved by more people than not. You may not, but you are in the small minority. It's a publishers job to satisfy the majorityand that's what MS. Is doing.

Are you seriously saying that MS is not being selfish by releasing only halo and not other IPs?

Tell you what, what do you think of XBL charging $60? Is that selfish or is it for the greater good as well? To label everything a corporation does as something selfless is ridiculous. Majority of the people don't have gold. Is that how MS satisfies its majority?

I am sure a lot of people enjoy kinect. However I am equally sure not many asked for it.

And kinect hasn't even sold much in the last couple of months. What happened? Did people stop asking for it? Or is it related to something else?

You realize halo 3 : odst saw a huge rise in sales when Reach beta was live right? Because reach beta required you to have a copy of odst. People bought a full game for a beta. Yep. Even though it was similar.

And please, its good you didn't bring activision again.

What people call "Milking" is often used to describe the phenomenon when another title is released in a franchise that an individual does not wish to purchase for monetary reasons or that the existing games are "good enough. (For now)".


No other IPs. What about Forza? What about Fable? What about Gears? What about Kinect Sports? Kinect Adventures? Dance Central? I could go on and on. Just because because YOU don't want them, doesn't mean plenty of people don't.

Why do you keep going off topic? We are talking about Halo being milked. Where did I label everything a corporation does as being selfless? I am talking about what MS is doing with Halo. I never mentioned what MS does with XBL. But since you mention it, yes, MS are being greedy with XBL prices.

You say you are equally sure not many people don't want Kinect. That's funny considering Kinect will likely go on to cross 20million units. I don't see why you can't accept that MS is providing Kinect because consumers want it. They think it's fun. If they didn't, they wouldn't buy it. Like I said, MS CANNOT satisfy everyone. They are doing their best to satisfy as many people as possible.

Kinect hasn't sold much in the last few months. What's your point? This a naturall occurrence with any game that's been out for a while. Sales go down. I don't know what you're trying to prove.

As far as I know, ODST is just an overpriced DLC. It's called Halo 3: ODST for crying out loud! It was not a new game.

My point is Microsoft/Acti is doing their best to satisfy as many consumers as possible when it comes to Halo & Kinect. The people who feel Halo/COD are milked are in a very small minority.

" As a publisher, it's their job to ignore people like you in order to create more happy customers than unhappy. You have to stop being selfish and realize that MS./Acti are doing what they're doing for the greater good."

That's what you wrote. Acti is bringing up CoD elite pass. lol something that was't required for the last 3-4 releases.

"As far as I know, ODST is just an overpriced DLC. It's called Halo 3: ODST for crying out loud! It was not a new game."

And that, my dear friend, is what is milking. Charging $60 for a dlc. That's where it all started. However it was also not marketed as much as regular halos.

Still, people should buy it right? Since its halo 3. What fans want and all that.

Kinect is not a game though. Its a peripheral, and from the looks of it, a platform as well, since many games can only be played on it. I wonder how it will sell 20 + million according to you though, since it, just like a game, has slowed down in sales.......

The call of duty map packs are the most expensive map packs ever. And they sell the most as well.

Why do you think that happens?

Anyways I am tired of this argument. I am not even sure what you are trying to say, it all seems like "since it sells so much you can't say anything about it and its not milking". 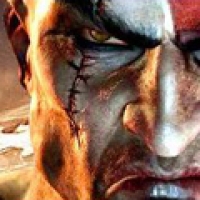 My definition of milking a game is releasing on a yearly basis with very little of improvement to the game, basically releasing the same game with a new coat of paint. Example most/all sports games is pretty much the same with a few changes here and there.