The 3d market is hard to buy into with a lot of the recent negative media behind it. People have been told their kids can't see it as it might permanently damage their vision. I mean, after hearing that, who would ever want to buy a 3d product? This is sort of Nintendo's fault since they were the first to put out this information. I realize they are trying to avoid lawsuits but come on. They've likely shot themselves in the foot and they will still get lawsuits anyways (there is never an end to the amount of sue-happy people wanting to make a quick buck).

Plus there has been lots of spinning about headaches and sickness. Anyone who has actually played it knows this is overblown.

I keep saying Nintendo has to take the focus off the 3d and put it on the games. That's what is going to sell the 3DS.

The OOT remake is no different than Super Mario 64 DS in terms of its purpose in the 3DS' library. 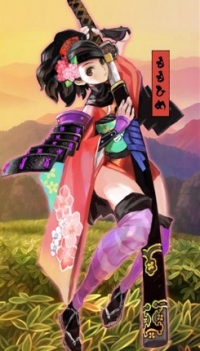 Even the Best PR in the world cant control all the Damage this can produce.  It is the Systems Bigest flaw,

as we all know Nintendo Succeeds because it never lost touch of the true Core of the industry, Kids.

This adds a reason some will not buy the system. Will the HardCore buy this hardware more cause of its 3D capacities.

maybe a little but not as many dont buy the system for there kids cause of the warnings.

Im not saying  this will compleatly kill this system.   But i think it will slow it compared to the DS.

Nintendo will keep making games that, appeal to kids, and the 2 other systems dont as much (though i think there starting to clue in on that, MS I think is starting to understand that now), so really Nintendo is lucky to be fighting this out with 2 other clueless companies that dont even understand why this market even exists in the first place.

If the 2 other companys where trying to take the Core market from Nintendo then id say this flaw would be much more damaging.

@fresb  where the hell have you been??? seriously, if you have not played OoT by now, you simply didnt want to play it. Its on WiiWare for 10 bucks for gods sake, do yourself a favor and dont wait. While your at it add Majora's Mask to that (best 3d Zelda IMO) Yeah i see your point but even then some companies throw out lazy ports (Rayman ??? oh Ubi, id hate you if it wasnt for AC).

The Nintendo64 was out during my Partying Years.   Ill have fun with it when its re-launched for 3DS =) no rush

You´re completely right about that...like I said, my main concern about the future of the 3DS is the system turning into a 'portable N64/GC'...if the majority of the games end up being 3D (3D gameplay), then there´s no chance of this system replicating the success of the DS.

I just don´t like that now there´s a real chance the Castlevania that´s being made for the 3DS will be '3D'...I hope it remains 2D, but Konami might feel 'tempted'..

I dont think this will happen.   Though i cant explain why.

So in other word  . I hope your rong lol

Jsut a thought on glassless 3DTVs, they're likely about 3-5 years away yet before they come into play (strictly due to the expense to manufacture) , and another 3 years after that before they become affordable.

As for cell phones/smartphones, even now they're kind of clumsy for gaming except fairly simple/casual games, imo of course. Others may feel differently.

on a more serious note, I found the humor in Super Paper Mario to be somewhat bland... which is why I have a hard time finishing it. I go back to get another gold heart every once in a while so I'll no doubt finish it, but if the other games in the series have better writing and characterization it would provide an incentive to continue with the series.

Well, I had only Ps1 in those days and honestly I have missed a lot of great games of great games from the Snes and the N64 era, so I wanted to play OoT but it wasn't just my priority. And there is also another reason why I prefer to wait the 3DS version, I live in PAL territory so I can only buy the slower/dumber PAL version, now I don't really care that much about visual improvements ( I mean I welcome them but they are not necessary), but when it comes to frame-rate I get really picky, you can call me dumb and frame-rate whore, but I can't help it.^^

As for lazy ports, well if you are lazy by default your work will always be half-assed, Ubisoft is a leading company for that^^. But this time they managed to publish at least 1 decent game, Ghost Recon: Shadow Wars is getting decent reviews so far.

I do not think this is a big problem for Sony as much as it is for Nintendo. Sony went into the handheld market for the first time with the PSP and gained revenue, the NGP will most likely generate revenue at some point even if it is not the sucess Sony was aming for. If the handheld market dies due to smartphones, this will not effect Sony as much because

1) remeber the walkman? It became obsolete when the iPod came out and so sony retracted from that market, no harm done.

2) they will probably change their strategy to the new psp phone. This will work because Sony will have the appeal of unique games available that other smartphones will not have.

As for Nintendo, they are in a worst position becasue the handheld has always been their biggest revenue market since the game boy. If the 3DS does not do well, their stocks will plumet and who knows what else. Remeber when the gamecube came out and it didn't do so hot? Thanks the the gameboy advance Nintendo is still here today.

1) so sony can just get out of the handheld market.  dont see why this would help sony over nintendo but ok

2) so your saying sony can copy everyones tecknology and that will help them, yes they sure dont ever come up with anything new on there own your right on spot here.

3) Nintendo stands to lose the most. Yes, but its not in the worst position for it.

I think Sony has the most to fear, cause Iphones targuets the same people sony is targueting.  Nintendo is a hole diffrent audience, Kids first Adults second..    Just like a good Cartoon.