I bought Nier because nearly every forum dweller loved it and nearly every reviewer disliked it, which sparked my interest and was an easy $30 purchase. I'd like to say thank you to the forum dwellers, because over the last two weeks, I have been in gaming heaven. Nier is fantastic. The visuals are clean, the art style is interesting, it runs perfectly, the voice acting is amazing, the gameplay is easy to get into, the storyline is engrossing, the characters are all interesting, the atmosphere can shift from eerie to colourful with ease and it also has the greatest soundtrack ever created in a videogame. Nier, to me, is pretty much the perfect game. But it is flawed and those flaws make me love the game even more. Some of side missions can be frustrating and tedious and I guess some people would say that the world can be bland sometimes, but those flaws only add to the charm.

Nier reminded me of Ocarina of Time, a simple combat system, a limited but open world, amazing boss fights, an amazing soundtrack and just a fantastical and interesting world. Nier is a must buy for anyone who enjoys good storeylines, great soundtracks and a simple romp through a magical world. 10/10.

I'll keep this one simple. Interesting jet pack mechanics that involve flying around and battling enemy ships, vertical cover platforming and a pretty good plot, voice cast and soundtrack. It's not the best game in the world and I can see it getting boring for anyone who's played Gears of War, Uncharted, Vanquish and Dark Sector back to back, prior to playing the game, but it's also pretty good and it's worth a cheap buy. I'll just give a warning and say that the jet pack mechanics during free flight will need some getting use to, but once I got the hand of it, I was ballin. 7/10.

It's fun. Dead to Rights is a very fun game. The storyline is old and the chracters aren't the best in the world, but the shooting and fighting mechanics make it a really fun game. It's pretty much a third person brawler which involves getting up close with your enemy and taking him out with combos, grapples and crazy looking headshots. The shooting is pretty decent as well, but the fun mostly comes from the close quarter fights. You can also use your dog to attack enemies and can even take control of him, so that he can protect you while your down, stealth attack enemies and steal items without anyone noticing. The game looks alright, but everyone looks like they've  lived in the gym their whole life and were some how covered in lube during the process. It's also fairly lengthy and can easily take up to 12 hours to complete on a harder difficulty. The game with the most satisfying head shots in 2010 gets a 7.5/10.

Just like Dead to Rights, it's very fun. The story is pretty much non existent, but the action is really cool, the visuals are extremely nice and the combat is awesome. Playing the game made me feel like a god, a god that would lift storm troopers into the air and just chuck them aside like they were mere toys. It's a really fun game and it looks and runs very well. They forgot to add a decent plot and the ending is a little deflating, but in the six hours it took me to play the game, I had an awesome time and it's easly worth $25 or a rent. 7.5/10.

Buy it, it's the best advice I can give for such a large content filled package. It's got a massive fantasy RPG world, it's got local co-op, it's funny as hell, the art style is nice and I'm guessing that any unemployed person could lose 200 hours in the game without even considering how much of their life they've wasted. It's fun and if a copy can be found (took me forever to track down a cheap enough copy) then you'll be to have fun in all it's silly RPG glory. 8/10.

It's the most fun you'll ever have in an action oriented racing game. Driver has been surpassed and Vin Diesel is standing on it's imaginary throat. The demo is up and I recommend everyone should give it a go. It's a really fun vehicle game with a few really smart gameplay ideas in it and it's only being held back by it's boring 'undercover cop vs the baddies' storyline. It's cool and you should check out the demo. (No score, just download the demo and you'll see if you love it or not).

Cool concept, bad execution, but it's very old Japanese in both design and concept. If you can pick it up for $5, then it's a neat little experience.

It's a really pretty fighting game with a surprisingly deep combat system and an interesting premise and characters.

If you like your open world (kinda) Japanese games, then Way of the Samurai is pretty good. The visuals aren't too great, but the characters and world is enough to pull you along. If you watch a few trailers and maybe watch this review (http://www.youtube.com/watch?v=f5IuNndgRoc), then I'm sure you'll be able to tell if it's your thing or not.

Stupid name, but an easy JRPG to pick up and play. Every thing seems pretty standard, but it's fun and I enjoyed it for longer than 6 hours, which is pretty good when I can't even get through Final Fantasy 13 without snoozing.

Everyone should play it. It's easy to get into, it's beautiful, the soundtrack is great and the plot isn't half bad. I picked it up for a pretty low price and if you can do the same, then it's highly recommended.

It's a hard game to get into, but I can appreciate it's complexity and it's deep combat and I'm pretty sure that someone who's looking for a new and interesting take on the SHMUP genre would be pretty satisfied.

Thanks for this! Can you expound on Nier, Sarcred, and Eternal Sonata?

Wow... uhm they tell you to stay away from most of those cause those games blow, Neir is the only one thats fun and it did get some good reviews, but even then it's not the most innovative title, but for JRPG standards this gen it's in the top 5 lol.

Also it's Infinite not Infiniti

Edit: Battle Fantasia is a good fighter as well, but it's from the Guility Gear team so it's to be expected, honestly it's better than BlazBlue, but again it had good reviews just no one bought it. 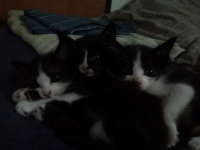 I don't trust reviewers anyways. Buying a game because it has a high score is not really a smart thing to do.

You've reminded me how much I need to pick up Nier, it might just be my next PS3 purchase

I keep wanting to get Dead to Rights just because of the dog. Maybe I'll have the courage to do so now!

Dark Void is plain bad, Wheelman is okay though

And for those that want Nier, it's 12 bucks for a game that will last you MUCH longer than 90% of current titles, it is by far one of the best investments you can make.