PS3 will sell over 14 million units in 2011, more than any of the other two consoles. It will be close though, Wii will sell 14 million and the X360 almost 12 million. 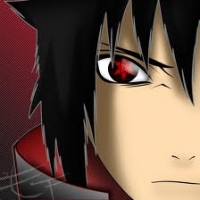 What makes you think that?

Sony only just recently started making a few dollars profit on each PS3 sold. Why would they want go back to losing money on each PS3 sold just to outsell the competition? They are making a profit for the first time since the PS3 was relreased so they have a lot of unprofitable time to make up for. Maybe, and this is a big mayby, by 2012 the PS3 will be cheap enough to manufacture that Sony can sell it for $249 USD. But they won't be at that next year or at $199 the year after that. I doubt they can knock a $100 USD of of production costs in just two years without a major redesign and that's not going to happen. They might reduce the internal parts a little, but we aren't going to get a PS3 Slim Mark II, that I can assure you.

Wow, I seriously doubt it, but anything can happen.. If it is it won't be a large enough lead to matter, both Sony and MS have pretty much hinted 2012-13 is the beginning of the next Gen cycle and this would be nearing ten years.. Sony is rumored to make sure they get their console out alittle before MS does their console.. PS2 was out 1.5 yrs before its only competition the Gamecube, which lacked developer support and had no DVD player, and it wa sunknown at the time a new player (MS) would be entering the console market ( nearly 2 yrs after the PS2 launched ) in which they came in with superior hardware and solid developer support and made enough of an impact to ready the pavement for XB 360... Headstarts seem to help in most cases if the hardware is solid and if the price is right for the avg gamer.. I think Sony will be more careful next time to release a console closer in price to its competition..when you're competing against Two other console makers and not One, I think its trickier then when it was just Nintendo which never seems to rely on CPU/GPU intensive hardware..

In 2011-12 you can expect the Wii and 360 to get a price drop as well.. as each of these consoles becomes more technologically obsolete they will get much cheaper to produce.. Financially Sony is just now starting to see the PS3 make a small profit which hardly equalizes the losses of the last 4 years, but point is the shareholders will not want much or any price cuts that will minimize or even kill ( break even ) profits.. so Sony will be the least likely to make a price cut FIRST, but they will do it especially if MS does it..

Nope. Wii will as usual, followed by 3DS ruling handhelds.

Sony never said they were making $50 on each PS3. For all we know they're only just barely making more than breaking even now. April wasn't that long ago and I doubt there's another $100 of easily reducable manufactuing costs they can cut. As for you saying Sony can afford to break even, I don't think they want to. For the first 3-4 years of the PS3's life it lost them money hand over fist. After a few months of a little profit I just don't seem them willingly going back in the red. It's not like Sony cares about bragging rights and is willing to undercut MS to steal their way to 2nd place. As a business it's all about profit, right now they are profitable. Why risk losing profit when they are selling fine right now.

Maybe in a year, if the market forces their hand, they'll drop their price by a little. I don't see them dropping more than $50 unless MS goes lower or if Kinect really takes off. I agree that it's unlikely Sony will keep their price at $299 going into 2012, but I think $249 is much more realistic than $199. However I don't think it's going to matter becuase MS will drop their Arcade far below what ever Sony drops to while matching their price with the Elite. Nintendo would be forced to drop as well which would be super cheap. Sony knows any price drop they do will only cause them to lose money on each sale while doing nothing to outsell their competitors.

I just don't think people are sitting around waiting for Sony to drop to $199. People are doing what people always do. They are waiting for the killer game that forces them to buy the machine it's on. Some of those games are on PS3 and others are on Xbox 360 and Wii. The difference of $50 isn't holding PS3 sales back.

Nah, I expect the 3DS to dwarf the sales of the PS3 next year