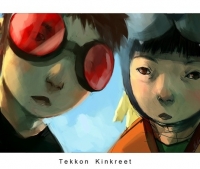 Even though it is down YOY, it's been up week to week very consistently for a long time now.


I survived the Apocalyps3

Pretty much this. Sometimes other's incopetence is your best wepon (take that Ninty!)

You're a bit too obsessed over the sales of the PS3. You always try to spin news in the PS3s direction positively and just look at your sig, you actually get upset/angry when it isn't at least outselling the Xbox 360.

As for the topic at hand...

It's really hard to tell which console is going to be the top selling console next year. I have been here since 2006 and if you look at the threads made over the years each and every console has had its generation winning parade and its doomsday parade. All of them have been temporary things eventually thrown off by a move from the competitive companies.

It is of course possible that the PS3 could be the top selling console next year, but what I'm saying is that someone else could easily make the argument that the Wii or Xbox 360 will be the top selling console of next year as well. I'm not really sold  based on the original topic that the PS3 will out sell the Xbox 360/Wii. I think Nintendo especially have been quiet for a long time and are long overdue with a big Wii announcement. I think the Xbox 360 can still have a price cut and add value to the box. I think the PS3 will have a price cut as well and sales will jump. All these things will boost sales for each console but what you have to realize is that the other companies aren't just going to stand by and watch, they're going to make big moves too. It all comes down to which move will have the biggest impact.

Dont forget that last year revision was accompanied with a 100$ reduction (from 399$ to 299$). We can safely say a big percentage of the sales were because of the pricecut, not the revision. Its not like the revision actually add something. Next price cut will not be as big, as some fan re-purchase a slim PS3, but surely in the same ball park.

I'll tell you what I believe... I believe some people need to take a break around here.


All gaming systems, consoles/PC, have thier perks... why fight over preferences? I like Coke and you like Pepsi, that's it, let's not fight over which toy we like best cause that's what they are. Is someone's preference in a toy important or is the relationship between you and your neighbor more important? Answer is obvious, but THE most important thing is your relationship with God almighty. God Bless you in Jesus's name.

Maybe BHR-3 didnt say that in 2008-9-10. I know I didnt. For 2011, with the current Wii performance and 2011 PS3 exclusives it doesnt seem that much impossible as compare to 2008-9-10. We still lack some informations though, how kinect will be received and what Nintendo have up their sleeves for Wii in 2011.

But how can it be on top if its dead in America? http://gamrconnect.vgchartz.com/thread.php?id=117162&page=2

Anyway none of those games you listed are huge realy. I doubt that any of them are likely to sell more than 5M copies. You need huge games which sell huge numbers to sell large numbers of systems. The Xbox 360 is ahead because it had 5M sellers at the PS3 launch and 3M sellers when they actually counted for anything as system sellers and Halo in 2007 and again in 2010 when Sony could barely get GT5 in for 2010. Sure those games will sell well, but they will be white noise against the fluxuations of PS3 sales week by week. If they do sell systems you probably couldn't tell.

I only mentioned the redesign, I clearly focused on the, as I put it, "huge price cut". The PS3 will probably never have another boost like it did last year.

pleas read my signature...that is all what is left now (americans are waiting for the price-cut)...well said BHR-3, my viewpoint coincides well.