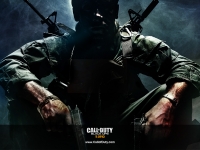 "It's going to be a really good fight and yes I do [believe it]," Stephen McGill, Xbox UK boss, told Eurogamer at a Halo: Reach celebrity launch event last night. "We have huge expectations."

"More than 34 million people have bought [a Halo game] and those people are going to want to play Halo: Reach. We're going to do incredibly well."

"Halo was the stand-out title when we launched Xbox ten years ago," he added. "It was the title that made FPS on consoles an accessible, fun, life-changing experience."

McGill was also confident about the future of Halo beyond Reach and beyond Bungie, claiming that the series is "in very good hands" and that there are "great plans" for it.

Ordinary gamer Robert Daniel Brown was on the winning team. He told Eurogamer he'd had "the greatest night of my life", and put the victory down to "good teamwork and communication". "We totally thrashed the opposition," he said. His top tip for Halo: Reach multiplayer: "Use the Battle Rifle; it's the only gun that all of the professionals use." 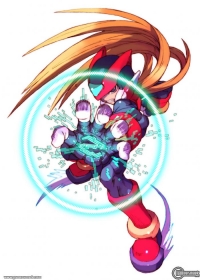 "More than 34 million people have bought [a Halo game] and those people are going to want to play Halo: Reach. We're going to do incredibly well."

More than 34 million games sold =/= 34 million people buying the games. Cos, you know, I hear some people buy multiple games

Also, the Cod series has sold much mroe than 34 million copies.

Edit - or was he talking about 360 version only? In that case I would have to look up their predecessors, way too much effort

Not impossible, given what Halo 3 has accomplished. However, unless Black Ops sells significantly worse than MW2, I still think it could edge out Reach.

:) It is not because 34 million people want to play Halo reach that all will buy it.  Halo 3 sold 11 million while their are (almost) 20 million unique players (only gold accounts counted) who played it while the number can be up to 30 million if you include the people who played the game with you at your home.

Well World at War, Treyarchs last COD is at 6.47 million on the 360 alone, so it will definitely outsell that.

However, multiplatform World at War is at 13.37 million acccording to Vgchartz, not including PC sales.

After the success of MW2 I don't think there's a hope for it to outsell Black OPS mutliplatform.

I presume they mean 360 only.  Also, adding up the Halo sales is just plain silly.  I still think Black Ops has a chance of edging it over time, but it should be close (unless Black Ops is a bit crap that is, Halo I'm expecting to be good).