The latest gametrailers bonus round has a couple of reactions from E3, and GOTY choices thus far!

Shane satterfield, editor and chief of gametrailers, believes compared to KILLZONE 3, HALO REACH is very well behind and not just visually, but he believes it is far too arcady, in fact he considers it one of his biggest dissapointments at E3, this was in response to what one guy said about HALO REACH being the big jump from halo 2 to 360 that he had been waiting for.

Speaking of dissapoinments the entire Bonus round interviewers believes EPIC MICKEY was another one of the biggest dissapointments, saying that not only are the visuals very sub par(when watching it in person) but the camera  needs a lot of work, as does the gameplay.

They also were given choices to pick between GOTY candidates, Geoff said GOD OF WAR III due to how epic the game felt, Shane says SUPER MARIO GALAXY 2 due to variety, the other two say RED DEAD and SMG2.

lol...I forgot that moving forward every FPS had to be all seriouz buzinezz like Modern Warfare.

Arcadey shooters are thing of the past. Funny thing is that MW is aslo pretty arcadey but whatever.

Seriously though...anyone that has listened to his "invisible walls" podcast knows that the Shane dislikes halo and has been putting it down as well as saying Bungie has no talent. On the other hand will give his left nut for Modern Warfare.  So no surprise there.

Everyone knows Mass Effect 2 is GOTY.

I'm not sure why Epic Mickey is being so hyped to begin with. 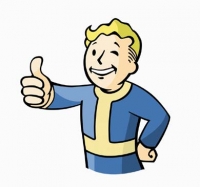 I wasn't aware that games were judged by graphics Shane. But hey, why am I not surprised about someone who (if you watch Invisible Walls) has had his head firmly implanted in Sony's buttocks since 2008. Though with Forge 2.0 being revealed this week, man, he really looks like an idiot now.

"Shane satterfield, editor and chief of gametrailers, believes compared to KILLZONE 3, HALO REACH is very well behind and not just visually, but he believes it is far too arcady, in fact he considers it one of his biggest dissapointments at E3"

Lol fuck Shane satterfield, everyone else is fucking pumped for Reach.

oooh, is Shane that blonde twat? Yeah I watched the first ep of that bonus round and could tell he only talks shite.

That is the first time I have heard someone put halo reach down. Oh well won't kill my hype! To me halo/cod have basically the same level of aracdiness. The main difference to me is halo is more run and gun which I like, and cod is more take cover shoot cover

Shane's the dude on the left. The blonde guy actually surprised me for picking Alan Wake as GOTY so far.

What a crock, Halo Reach is going to be great from everything that I have seen.  I would imagine it comes down to Halo Reach and Mass Effect 2.

But I am a bit biased towards ME:2

I'm sorry but Shane is a douche..simple as that....he is a hypocrit and a fanboy

THis year there are MANY GOTY contenders so it's anyones guess

My personal fave is GOW3 closely followed by ME2