I thought we need to talk about this:

Final Fantasy XIII sold 493,900 copies in March, according to NPD numbers. It was only 26 days on the market (so not for the whole five week period covered), but 493k is not much anyway for such a high profile release that was heavily hyped and advertised. Let's be honest here, this is a MAJOR flop. Not even the typical 360 legs for big hardcore games will turn this game into a success.

This could have an impact on other Square-Enix games, like Final Fantasy Versus XIII, coming to the 360.

So can we still say JRPGs won't sell on the 360? Let's check VGC numbers:

Just for comparison, the PS3 version of Final Fantasy XIII sold 1.5m in week one in Japan alone.

Now for those who might not be in the know, this is another parody of my favorite hit and run thread ever made here on VGC. I've written one before, I've told someone else to use that fantastic title for a thread, the source material is just that awesome in my opinion.

lol.....run for cover! Some people aren't going to know this is a joke.

Flip-flop? I know I have heard that term before.....

IF ROL SAYS SO IT'S TRUE.

altho Im not impressed by FF13 360 sales at all considering all the exclusive Ad's for it.

that really is the fun of it.  ssshhh  .. just watch and enjoy. 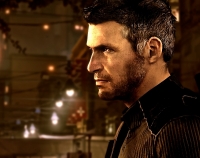 i dont know i guess you could say its a flop, back in the day FF games were all i could here but now its all about the action fps like lets blow this up, oh did you see that guy die, we should bomb that, its like shooters are the only games they can talk about. i've never head anyone really talk about ff games any more

Final Fantasy XIII on the 360 has already outsold a huge JRPG franchise on the PS3 - Valkyria Chronicles.

It blew past the PS3's other big exclusive JRPG, White Knight Chronicles.

If anything, this proves that Square Enix should make Final Fantasy Versus XIII an Xbox 360 exclusive in the West. Just because Microsoft are willing to advertise the game for them, while we see Sony persuing other goals, like copying Nintendo. When the time comes for Versus XIII to be released in the West, Sony wont care about it because GT5 will also be releasing in the same Summer of '11. Microsoft will show love for the franchise. Love that Sony never could.

Agito XIII will also be a Zune HD Exclusive.

I think the game will have huge legs though, just compare the 360 boxart to the PS3 one.