The Astral Chain IP was previously held by both Nintendo and developer PlatinumGames. Now, however, that’s no longer the case.

PlatinumGames boss Atsushi Inaba confirmed to VGC that Astral Chain fully belongs to Nintendo. There were questions regarding its ownership after the official website changed its copyright, and PlatinumGames was no longer included.

Regarding what’s now shown on the site, Inaba said “it’s as it looks.” He also noted:

“It’s as it is written on the website: Astral Chain is their IP and as such there are limitations on how much we feel we should talk about.” 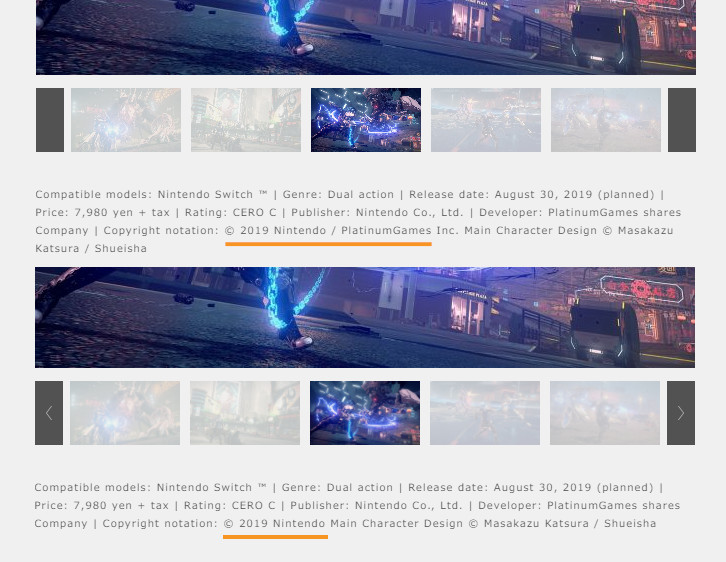 They should just buy Platinum Games

Awesome another IP Nintendo owns .And a strong one , now astral chain copies are entirely Nintendo ,When are we seeing these guys in smash?

Nice. I don't think Nintendo should buy PG but I think they should buy a stake in them to keep them financially sound but still able to do what they want.

I think a sequel at this point is imminent. I think either for the Switch's end of livespan or early in the next Nintendo console. They already said that the game was intended to be a trilogy, it sold well and that move shows that Nintendo have interest in the franchise.

I mean they already said years ago they were thinking to make this a trilogy. Why buy the IP fully?

It's not like Platinum would say "no" as co-owner of the IP to Nintendo making spinoff games, and I doubt Nintendo would want anyone other than Platinum to make Astral Chains 2 after how well the first game sold. So if they just want to add characters to Smash and make a spinoff(s) game(s) I don't get why they would spend the money to buy the IP. Unless they plan to use the IP so much, in so many ways, that they expect to recover the cost they spent on buying Platinum's stake in the IP in the future, but I kind of doubt Nintendo is going to make like 2-3 Astral Chain based spinoffs in the next 10 years.

I wouldn't be too quick to say that. Could be another Eternal Darkness, but I do hope they continue to work with the property. Astral Chain isn't the most wonderful game, but 1) it looks cool and 2) the combat is great.

Cool. Astral Chain is easily one of the best games currently on the Switch, so I'd assume a sequel is imminent... As well as some of those weird crossovers Nintendo does with its franchises.