What else is there to say about the PS2? It didn't sell over 157 million units by doing nothing. The undisputed king of the 6th Generation. The PS2, more than any competing console of that gen, encapsulated gaming in the early 2000s to a T. With a seemingly endless library of Platformers, Racers, Fighters, RPGs, etc. Many of them originally exclusive to the platform, and many of which still hold up today. It also birthed some of Sony's biggest first party properties such as Ratchet & Clank, God of War, and Killzone. Sure it may not have had the power or ease of development as the Xbox or Nintendo GameCube, and its massive library meant that there was a ton of garbage to wade through. But its massive success meant that developers couldn't ignore it. 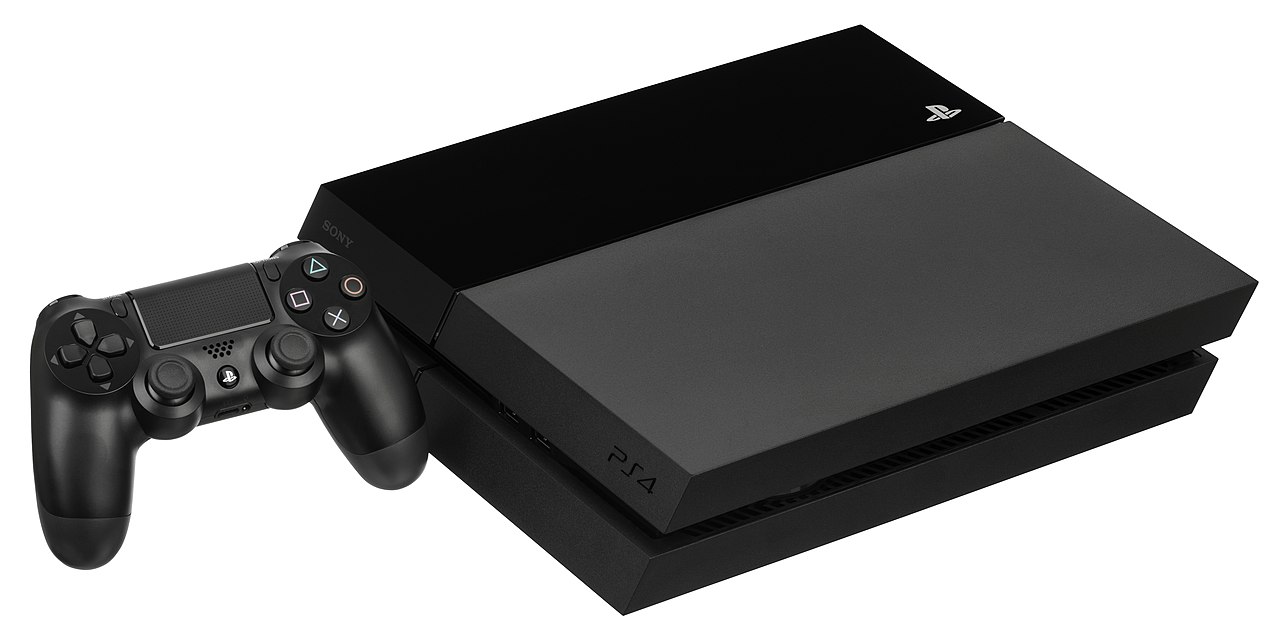 After a generation of Brown and Grey Shooters, and motion controlled music games that went on far longer than it should've, The PS4 couldn't have arrived at a better time in 2013. Eschewing the convoluted Cell Architecture of the PlayStation 3 in favor a cheaper, and far more reliable PC-based chipset, The PS4 was the easiest PlayStation to develop for, and much like the PS1 and PS2, was the leader of its generation, defining what gaming in the 2010s would be like thanks to its wide array of new social features, and unprecedented game library. If a game exists, chances are, there's a PS4 version, and chances are, it'd be the definitive version. Much like the PS2, the PS4 boasts a vast, and seemingly endless library of AAA, indie, First party titles, and everything in between. While it doesn't have nearly as many actual exclusives as the PS2 did, due to the realities of modern game development, the PS4 still boasts the largest catalog of software for those in the market for a new home gaming system.

The console that started it all. The PlayStation completely shook up the video game industry when it debuted. It made disc-based media a mandatory necessity, dethroned industry veterans Nintendo and Sega, and open the medium up to an audience of young adults that otherwise had no interest in video games. It's library is vast and just like the PS2 and PS4, spans nearly every genre. There's just one problem. A lot of its games simply don't hold up today. Either due to hardware limitations, or just the fact that this was the early era of 3D gaming. There's still a lot of great games in the PlayStation catalog, but many of them were also reborn in either superior remakes, or sequels on future hardware that did them better justice. So while it brought a lot of great franchises and games to the table, its overall library is only worth looking at for either nostalgia or retrospect. 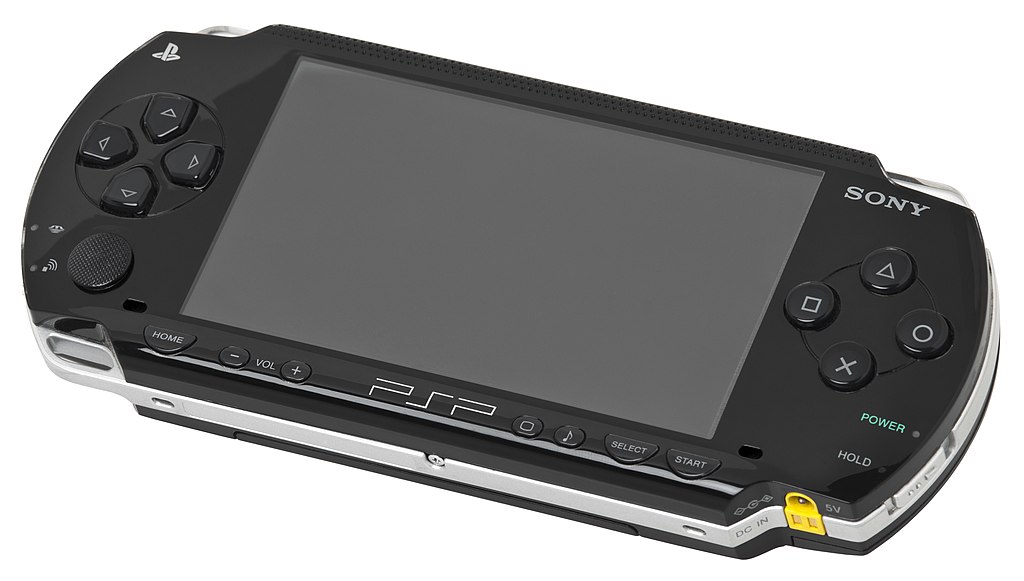 PlayStation's first foray into on-the-go gaming. The PSP gave you PS2 style graphics and gameplay in the palm of your hand, plus a variety of multi-media functions that in many ways, laid the ground work for the smartphones we carry with us now. It's actual library was also solid, consisting of a good variety of genres from both Sony and third party publishers. Though it faced a large amount of competition from the Nintendo DS and its even larger library, the PSP held its own thanks to its more powerful hardware, allowing for different types of games that what you'd find on Nintendo's platform. It's mainly held back by not having a ton of groundbreaking exclusives, with many of its games either being downscaled adaptations of console franchises, or solid B-tier titles like Loco Roco.

The most divisive console in the franchise. The PS3 was built on a then-ultra powerful, and highly complex Cell Broadband architecture that while impressive, made the console a pain in the ass to do work with. As a result, many of the console's early multiplatform games often looked and played worse than their Xbox 360 counterparts, despite technically being the more powerful machine. Plus, as games became more expensive to develop, the PS3 didn't have nearly as many games it could call its own, and thus, features a far smaller, less varied lineup than previous PlayStaion home consoles as a result. That's not to say it didn't have a lot of great games, because it did. Sony beefed up its first party support for the PS3 later on to compensate for the third party troubles, which birthed critically acclaimed darlings like the Uncharted Series, The Last of Us, and Journey. Towards the end, many multiplatform titles began actually being competent versions, many even offering PlayStation owners exclusive content. So while it's by no means a terrible console, the PS3 was a step down from its predecessors in terms of library 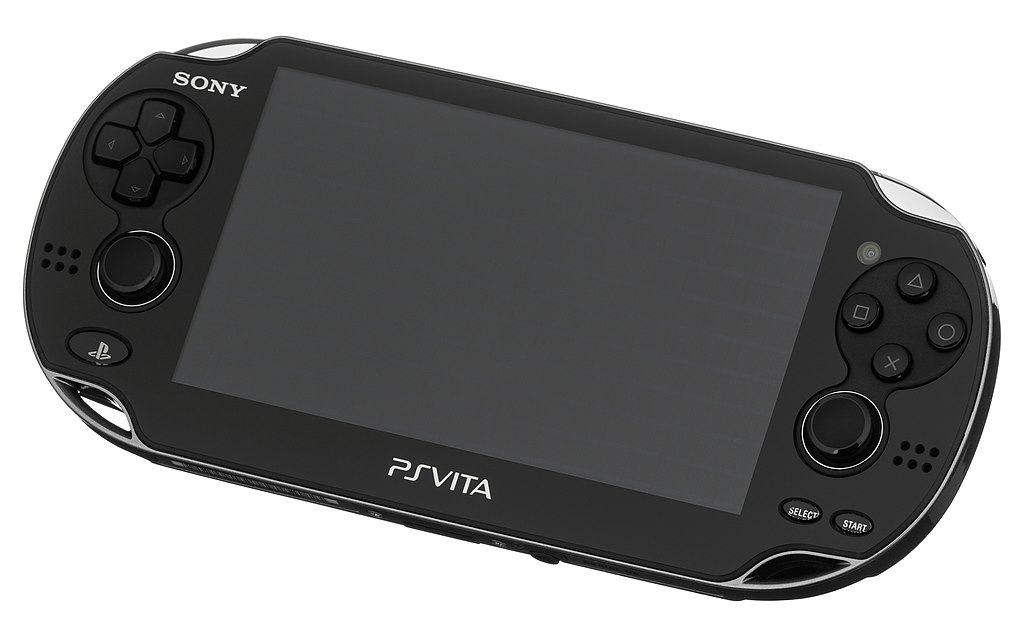 Now we get to the black sheep of the PlayStation franchise. The PS Vita was Sony's final hat thrown into the uncertain handheld gaming arena, at a time when games on Smartphones were reaching their peak. Including consoles and handhelds, its the least successful PlayStation system in history, with less than 20 million units sold worldwide. Aside from some niche Japanese titles, and a solid selection of indie games, the Vita pretty much had no long-term third party support worth mentioning, which is unheard of for a PlayStation console. Even Sony itself didn't really know what they wanted to do with this damn thing, as they supported it mostly with watered down PS3-like titles, before giving up in 2014 to focus on the much more profitable PlayStation 4. Despite some cult hits like Terraway and Gravity Rush, the PS Vita is the weakest in terms of library, which is a shame given how much potential the device had early on.

A+. Every single one of them.

I hope one day I play enough of them to properly weigh in on this thread. I've owned a PS4 since last year, and have put about 400 hours into it. I played a few dozen hours of the PS2 growing up at other people's houses. I played a little bit of the PS3 because my older brother got one. I've never played the handhelds, or PS1 games on the PS1 itself.
I'm interested to see you rank the PS3 so low. From what I've seen a lot of people say, they prefer it over the PS4. I wanna play more PS2 games at some point, but most PS3 games that interest me have remastered for PS4.

That's spot on for me. I feel like there's a conclusion I can draw from that, gaming is less fun the older you get. :(

PS - PS4 get 5/5 from me. Incredible libraries all around.

never had a handheld unit.

Never had a PSP, so it's out I guess. My relationship with the Vita is just awful, but I'll try to forgot for a moment that the Vita has, aside from my love of alcohol, been the number one contributing factor to my alcoholism.

PS3 - It's the one I played the most games on, and spent the most time with.

PS4 - It's like the PS3. Better in almost every way as it concerns gaming. So naturally I'm putting it in second place.

Vita - I'm giving it a pass, and removing completely from consideration, that fact that I hate it, and would have been a better human being if I had never bought one. Let alone three of them. Otherwise it would be dead last.

PS2 - I didn't appreciate it as much as I could have? IDK. I know it's a great console, but I spent more time with Xbox and Gamecube in this gen.

PS1 - I really liked the PS1, owned more games for it than PS2, and spent more time with it than the PS2. So going by the same criteria I used with the PS3 and PS4, it should be ranked ahead of the PS2. There's more to than that though. Tough guy!

I've been fortunate enough to have all of the Sony consoles to date. Still do, in fact. So I'll start from the one I felt had the most library in my own personal collection.

PS2- My PS2 has over 55 physical games. I played the HELL out of it when I was in the Air Force. I also played my Xbox and Gamecube just as equally. For some reason though, my PS2 just was the "go to" system. Maybe it was some of the exclusives that wasn't on the others. I was upset that Gamecube had RE4 as an exclusive considering the history. So I had refused to get it until the PS2 finally got it. I know I was a bit immature then. However, the PS2 was not my favorite console.

PS4- Overall, this is my favorite Sony console and I have just as many physical games on it as I did the PS2. I think nothing tops the PS2 library, but PS4 comes mighty close. If we're not counting indies tho.

PS3 - Since I'm a fighting game enthusiast, I always thought the PS3 had the most fighters in it's gen. I'm more of a single player and fighting games kinda guy. The PS3 delivered on all fronts in that aspect. I wasn't a big fan of the controller however. I know this is suppose to be just about the library, but I can't help myself.

PSP- I have SO many UMDs for this still. I thought it was revolutionary at the time. I couldn't believe the graphics on it at the time. Graphically, it blew the DS out of the water. I have so many titles like the Mega Man series, a Marvel game that was pretty good (forget the name of it), Viewtiful Joe, Midway Classics, etc, etc, etc. I just have so many games for it.

PS1- Although I owned a PS1, I didn't have a great deal of games for it. I had to borrow from friends and family for their games. I did have Tekken 3, Battle Toushiden, GT, Metal Gear, Street fighter Alpha 1 and 2, Twisted Metal, Dragonball GT Final Bout, MK Trilogy, etc. Oh and Resident Evil 1.

PS Vita- Let me say that I absolutely adore my Vita. Like others have said though, Sony dropped the ball on it big time. I don't have any physical Vita games anymore. The last one I owned was Persona 4 Golden. All of my Vita titles are digital. Still, it's a hell of a handheld. If only Sony would have supported like they should have.