Forums - Sony Discussion - Sony is going to mess up this Gen 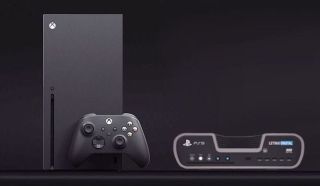 So MS released bunch of new info regarding xbox series X which was already known, yet it was enough to send fanboys on the internet into frenzy, even though they haven't given out any details that we already didn't know about, nothing yet on amount of RAM, clock speed, gpu specs etc.. but i digress. My point is what is Sony thinking are they misreading the market or they are just not ready with the system. I am not saying that 2006 arrogant sony is back, but the silence over PS5 is getting really annoying, this reminds of the quote by KAZ during ps3 reveal "next generation doesn't start untill we say it does".

What is going at Sony? I conjured up few scenario based on the words going around on the web.

1. Sony is not ready to reveal PS5 and waiting game to see what MS does regarding the price?

If they are not ready why even do a wired interview? and if they are playing the waiting game to see what MS is going to price their console, than it just doesn't make any sense.. coz MS is not going to announce the price before e3 2020 and i doubt sony will wait till JUNE to give new details about PS5.

2. Its under powered and Sony is afraid that it will get negative press and set a narrative of 12 vs 9 tf

If its under powered than no amount of delaying the reveal is going to control the damage. it is bound to happen, like it did with Xbox one and PS4. Just reveal the hardware and then for the rest of the year rely on showcasing your strongest asset which are exclusives.

3. It is as powerful or more powerful than series X, and again waiting to see what MS TF numbers are.

Same as point 1. why wait? i m sure that internally these guys know each others target performance will be. not to mention during ps4 it was Sony who came out first and announced their TF number. If Sony were waiting on MS to confirm the TF number.. then hear we go we have the number and vague details, nothing is stopping Sony giving out the same details and reveal the console, and announce the price around E3

So maybe the new guys. Herman, Jim Ryan were caught off guard on the best way to reveal PS5 and pulling out of e3 didnt help either. So hopefully for the sake of gamer's I do hope Sony messes up this gen and feel the heat from Xbox.

This is just a discussion, not an analysis on how off base I am, everything above is based on speculation and observation, Just wanna know what you guys think why SONY is being quiet.

Yup. PlayStation is doomed and PS5 will fall off a cliff.

That's a massive over-simplification. The real damage with Xbox One's reveal happened because of the combination of the DRM it was originally supposed to have, a general lack of information on games it was going to have (beyond just some generic-looking Call of Duty entry), the forced inclusion of Kinect, a high price, and Microsoft displaying a dismissive attitude towards its own core audience. The fact that the system was less powerful than the PS4 didn't even emerge until a few weeks later, and was small potatoes when compared to the aforementioned issues.

what?? to fall a cliff? so u are saying PS5 will sky rocket initially and then drop off?? how and where did you sum up that i said PS5 is doomed. I bet you are one of those person who think PS3 was failure and reveal genius. See i can do it too

I am really sorry, but your entire post is pure speculation and honestly based on pretty much nothing. Why don't we wait until we know something concrete about the PS5 and start bashing it afterward

I mean some Xbox fans are waiting for something to brag about for an entire generation, why not wait for a couple of extra months, to actually have something?

No one spoke about DRM and other issues once xbox got released..coz most of the issue were rectified leading upto the launch, the only thing which was relevant and was in news was resolution and how xbox one struggled to even hit 1080p compared to PS4.. all the major games were performing better on rival console was a massive PR disaster for MS. up till the release of xbox x got released..

it was such a small potato that made MS change its approach towards console design towards delivering more power.

yup the entire thing is based on speculation. its just that i would have been fine if there were absolute no info on PS5.. its just bugs me that sony has so casually trickled PS5 info over the course of last year. if they indeed wanted to be so secretive they shouldn't have done that wired article.. what was the need of that.

this entire endeavor feels too corporate, as if behind the scenes too many people are involved..

Sony is being quiet because they have absolutely no need to be loud.

I think they're just riding out the marketing MS is doing for them and wait till MS reveals the price. First announcing those kind of specs for the Series X and then saying there won't be any exclusives during the first 2 years was a pretty smart move on MS behalf if they want people to not get excited about next gen gaming. They've basically put Sony in a position where they're in no hurry to launch the ps5. I sure hope not, but maybe the ps5 is under powered and they'll postpone it to at least match the Series X specs.

4) Sony is keeping quiet, because they want to announce the PS5 at a lower price point than Xbox Series X.

Sony has PS4 selling well enough, and still wants to keep selling games on it, so announceing early doesnt make too much sense.
Rather, keeping quiet for aslong as possible, is a way to ensure extra profits. Ontop of this, they want to make 100% sure, that if their unit is "weaker" than the series X, that its atleast sold cheaper.  Until Xbox comes out offically with a price point, Sony wont mention anything.

If PS5 is actually weaker, rather than go into a "spec numbers" war with Xbox series X on social media, they ll just show a sleugh of fantastic looking games & exclusives, and announce a cheaper price point.