Forums - Gaming Discussion - Where are the boxing games?

I hate annual franchises, especially the sports ones that change very little and charge you a lot every year. One game that didn't do it as often and was pretty awesome was Fight Night, but this franchise has just gone awol since Fight Night Champions.

There are no boxing games for this gen and I can't think of any that have released since Fight Night Champions back in 2011.

Would you guys like to see a new boxing game? Do you think EA should bring it back or is it best to go with someone new?

Oh damn you're right. I didn't even remember about those. Fight Night was the shit.

Yes i loved the Fight Night games and i really do believe its time EA made a new one!. 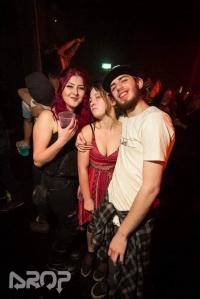 Jokes, jokes, in all seriousness though, EA should definitely make a new one, so good when you've got a few mates round, fingers crossed.

Yeah, it seem like EA left that and went for UFC as fighting sport video game.

Well Fight Night Champion didn't sell very well and EA seems to be the only company that knows how to make a half decent boxing game (Punch Out is fun, but not a real boxing game).

I've thought about this as well and still play some Fight Night Champion on 360. Frankly, I'd be happy if they just made some improvements to the current Fight Night engine, updated the roster and graphics, and released that.

Man, not just boxing. Tons of genres simply are unrepresented or are just no more. Even if it's a genre I don't play, it saddens me to see gaming become less diverse.

I created bill Cosby in the character creation section and convinced my buddy that he was an unlockable. Good times

Fight night round 2 for gamecube! You could unlock super punch out and play as little mac! Super sweet exclusive content.

To be honest when we got to Wii Sports we arrived at the peak of the genre, so it's only natural there would be fewer titles thereafter. You can't improve on perfection, after all.