In a live Twitter Q&A, the Microsoft Edge Development Team were answering questions sent into them by the Edge community. Of course, it wasn't too long before a question related to Xbox One was asked - and sure enough, it was, and answered, too.

During the Q&A, a user called SHarshaT sent in the following question:

Are you bringing Edge to Xbox 1? Will it have the same features as Win10? I am missing lot of functionalities on current browser.

Yes, Edge will be coming to Xbox One

They didn't happen to mention TPL support at all?

Cool, how are people liking Edge who are using Windows 10? I hear some of it's great, but it feels unfinished.

As long as I an kill annoying flashing and blinking adds, I'll be happy.

It's fast and clean, but the lack of TPL means you'll need a 3rd party ad blocker. When they add that in I'll switch from IE. 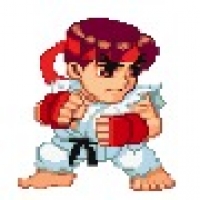 I should really check Edge out. Updated windows 10 day one but I'm so use to Chrome.

Great news for XBO owners. I only browse the web on Console and Handhelds. Hopefully with well backed browsers, these new consoles can build enough of a web browsing base on the devices to force all websites to optimize to the console and handheld browsers.

well considering it is officially unfinished, the feeling shouldn't come as a surprise.... Personally I have fully switched to it on 2 out of 3 PC not on the third because I haven't went through the win 10 update yet since it's just a backup PC...

very satisfied so far... But there are some paint coats missing that's for sure... No possibility to have it ask you where to save files and defaulting to the DL file is one of the biggest one for me... But it's very promising so far

I like edge, but i need an ad blocker, and last pass. Once I get those goodbye chrome.

Edge is decent, but its not complete yet, at least the way it feels.

Edge just feels like a basic browser to me.

Perhaps it does need more work. I was trying to drag something into my OneDrive and it wasn't working. So I'm still using Firefox.