Woo! I know there are a fair few other de Blob fans (was one of my favourite Wii games) so thought I'd share the happy news :D I'd love to see another game in the series.

When THQ when kaput last year its assets were auctioned off to the highest bidder with Darksiders and Red Faction sold to Nordic Games. Now the Vienna-based publisher has acquired another one of THQ's lost properties with the whimsical platforming series de Blob.

"de Blob is just a great and truly unique franchise," said Nordic Games' business & product development director Reinhard Pollice. "We are excited about what the future holds for this polychromatic extravaganza as the newest addition to our portfolio. We will evaluate opportunities with the existing games, as well as potential sequels."

While Nordic has yet to announce any new titles in its recently acquired franchises, it has released Xbox 360, PS3 and PC collections of Darksiders and Red Faction games. Perhaps we'll see this for the de Blob games too?

De Blob for Wii U, please. 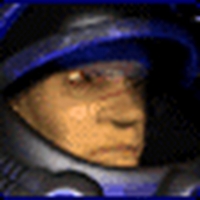 As long as the controls aren't as crippled as in the first one, I'd be happy to see a return... on Wii U btw.

Cool. I thought the first one was pretty damn good. Never did play the second.

THQ still selling IPs? I thought that ship had sailed.

That would so cool! I honestly liked both games!

I remember playing De Blob at my friends house when it first came out on the Wii. For some reason I never bought it myself, but if they make a third game for the Wii U, I would be interested in buying.