Third party support, a constant topic that looms over Nintendo; DLC, statements, hardware, projections, PR, generalization, sales, titles, marketing, PR... all discussed. During this current generation WiiU received last generation ports that the Wii missed, but what about the value these titles have?

To me third party titles value is about half of their release price (20eur), while Nintendo titles are in the 30-40eur range.

For example, I bought ZombiU at 20eur after enjoying the demo and NFSMWU also for 20eur since I wanted a NFS game. There are also few demos released on the WiiU, so for games that I have no reference in its quality, I wait for them to be around 10eur to purchase and try them out. This point was reached by BatmanAC.

What's your own perception?

Note: This thread is somewhat related with third party purchase thread, but it should spark discussion, hence the separation.
Thread title was inspired by daredevil.shark's thread.

Very rarely are third party titles worth full price. RE4 was and if ACIV was a great port it would have been too. 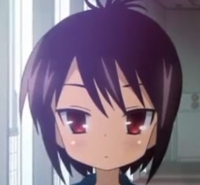 Rarely worth the initial asking price. Often 20-30 Euro for titles I am interested in, but even that feels like a gamble.

I'm even doubting getting ACIV when it reaches 10eur.

Wasn't it 15 on the eShop recently?

Still is. But I can't resell a digital copy if I don't like it.

Value is dependent on the individual, as in this case its mostly ninty fans clearly no 3rd party will be really given any of it no matter what. Especially wont be shown to any decent extent through sales numbers.