If I didn't know better, I would swear that came off the old SDF website. 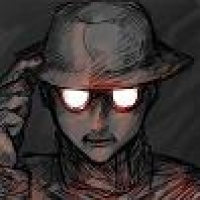 and this without taking into account the hypothetical release of the Wii 2, that as a new piece of technology, would probably drain the sales competition (since it will be the technological marvel of the moment)

one inside the other, it is highly unlikely that the PS3 could become the leader of this generation

(sorry if my english is poor, google translation French -> English)

Why it won't happen:

1. Casual gamers don't buy 2 consoles. They already have a Wii.

3. Wii motion controls have not been negated. With Motion Plus, the Wii now has controls that are equally functional as the Move setup, how they are tracked is simply different, but both are similar in accuracy.

4. Sony isn't dumb enough to stick with the PS3 past a maximum of 2013, despite what they say. When Nintendo and MS put out new systems that are superior to the PS3, people will stop buying PS3 units. Sony knows this, and will have a PS4 out by 2013 at latest.

5. Nintendo still has the ability to do another price cut, plus Zelda is coming out in the spring, which is one of Nintendo's biggest system movers. With the holiday coming up, Nintendo will likely outsell the PS3 again by default, and continue this trend next year due to the new Zelda game coming out.

Sony's pride is what was their fall. If they laucned the PS3 at $350, it would have sold like wildfire. Asking $600 was shameful and they got what they deserved for their greedy move.

Over the next few years the PS3 substantially outsells the Wii. PS3 sells exponentially to overtake the Wii within 3 or 4 years time. PS3 to Wii sales gap will close down over time. $299 price point has kick started the PS3s fight back. Second place before second quarter of 2011 lokks like a lock in for the PS3.

PS3 will be chasing down the Wii and it may actually get to number one place. Wii sales slow down and then the new Nintendo machine will be launched.

More Wii owners and 360 owners need to update and get on board the PS3. Trade in your system and purchase PS3 today. PS3 console systems are sold out or in short supply at most stores in my neighbourhood. Wii and 360 consoles remain on the shelves.

Uhhh... Okay. All Wii's in stores wouild have to explode! And then the PS3 can over take them, then Sony will have to sabatoge every Xbox 360 with the RROD! Sony's Plan is almost in full effect... Watch out people!

Kinect will have little or no impact on the console sales race. PS3 with PS Move has it beaten already. PS3 with Gran Turismo  5 will smash the 360 and Kinect in sales. PS Move is much more affordable than Kinect. PS Move has a low price entry point than Kinect. Lower price attracts more consumers.

PS3 is on track to sell up to 55 million in time for its 5th year anniversary in November 2011. PS3 on the same pace as PS1, which sold 40 million console systems  in its first four years on the market between 1995 to 1999. The PS3 tracks behind the Wii and PS2 but the PS3 still has time highest selling system of all time. PS2 with 135 million, sold around 30 million console systems than the PS1 with 105 million.. PS3 can outsell the Wii and it can even outsell PS1. Catching PS2 may be a stretch but not impossible.

Both the PS3 and the Wii will outsell the PS1, but theymay not ever catch the PS2. If one system has a chance of outselling the PS2, it must be the PS3.

2011/12, 2012/13: should be peak sales years for the PS3 as it establishes itself in second place and closes the gap down on the Wii. The Wii and the 360 both have their hardware limitations which do not limit the PS3. Blu-Ray and the extra juice the PS3 CPU processor makes PS3 the dream platform for game developers to design and build the latest  technological advanced games.

Uncharted 2, God of War 3 and Gran Turismo 5 and more games on the horzon set the PS3 as being on par with most of the PC games and head and shoulders in front of its inferior  7th generation console competitors. PS3 is a guaranteed cheap  future investment into gaming and Blu-Ray.

I  make a bold lifetime sales estimate that the PS3 will sell between 110 million and 150 million console systems ltd. Wide range: PS3 will join PS1, Wii and PS2 as being a 100 million selling system in a console generation. do not be surprised the PS3 finished first this bgeneration and ultimately passes the PS2 in total console sales. Expanding world population, increasing popularity in console systems and more consumers  has lead to an increase in console systems being sold through out the world.

Critics should never underestimate the success of the Play Station brand and the mighty power of Sony.

Hmm let's see by rational discussion you mean all the talks how PS3 will never catch up to x360 ? Or maybe the "Rational" posters counting down days till Wii get 50% market share ?

Damn.. Ps3beats360 is on a roll today.. keep it up! most entertaining thread since the launch of the new site! 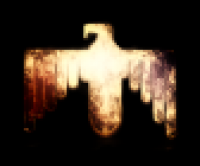 ps3 will finish in FIRST place...