Dark Forces is a first person shooter based on the foundation Doom layed, and it is a really good one. It has some technological advancements in the engine like looking up and down and some fog effects. It has also a much more consistent world as other shooters of the time, basically because it is based on the already established Star Wars universe. The level design is great, the mission briefing is made well with actors voicing their roles. This is a pretty good shooter.

As this is placed in the Star Wars universe the game is made by LucasArts. I have some games from them on my list, but mostly point-and-click adventures. This is the shooter from them I really like. The game clearly steps into the mold that Doom layed out for shooters, but advances it in so many ways. With the mission setup with clear goals and the actors you get a pretty good story for a shooter, something that wasn't that common back then. 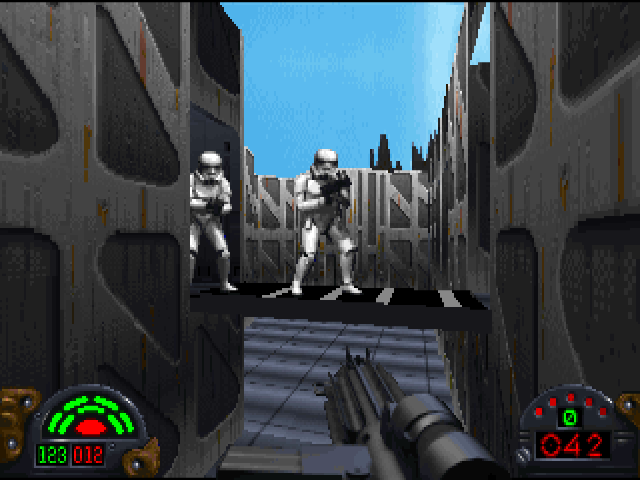 You are playing Kyle Katarn who works as a mercenary for the rebels. And you are tasked with finding out more about the new Dark Trooper project of the Imperials. In the missions you find more out about it and then go on to stop it.

The game shows memorable locations and has pretty good events layed out in the missions. Another point keeping you on you're toes is, that you can only save between missions, but got multiple lifes. So no save scumming. 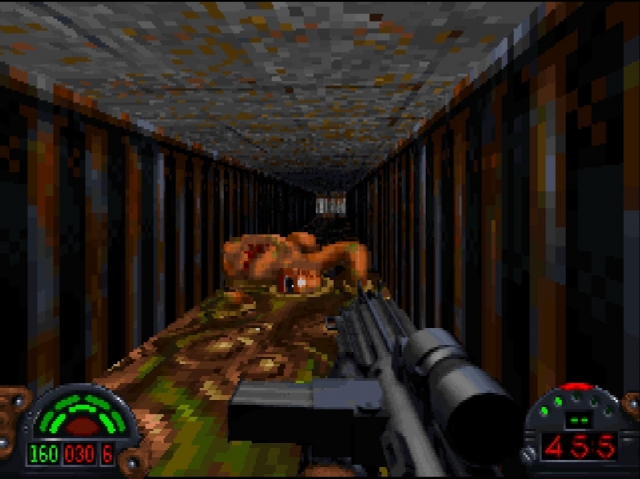 Star Wars: Dark Forces runs well in Dosbox if you have an old copy. Or you can buy it from GOG, where it is currently on sale.