Graveyard Keeper was an interesting surprise to me. The description caught me, by describing that you keep a graveyard in good condition, while also indicating a strange and morbid humour. And yes, it delivered.

The game starts with a short sequence, in which the character seemingly dies in our world, while returning home to his love. He ends up in a kinda medieval world, where he is appointed the new Graveyard Keeper in line with the Ancient Contract. Nobody here seems suprised, that out of nowhere a new Graveyard Keeper turns up. At first you are tasked with digging up a skull named Gerry. Once unearthed said skull helps you to find your footing in your tasks, while also pointing out possibilities for profit, which in turn he wants to turn into alcohol. 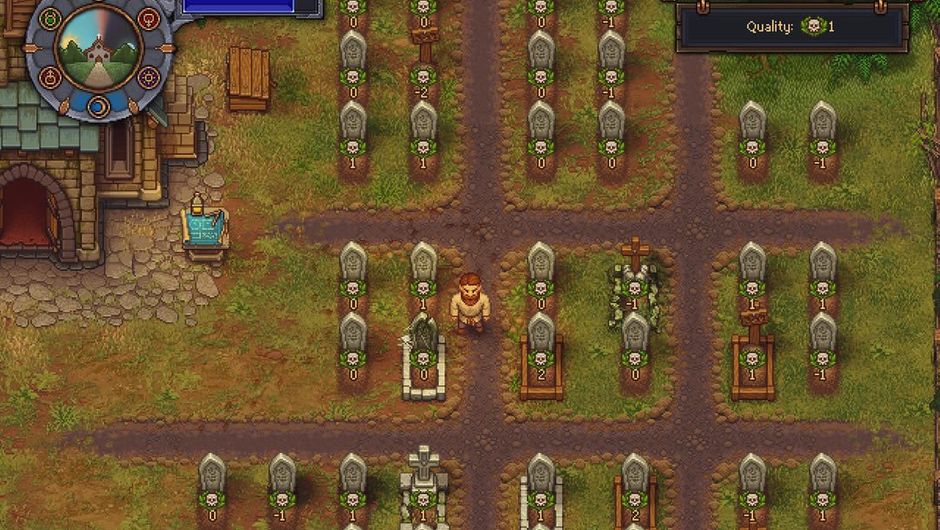 You have to bury the corpses you get delivered by a talking donkey, while keeping that graveyard tidy, so the quality goes up. With high enough graveyard quality the bishop allows to hold sermons. You also have a garden in which you can grow crops, which you can cook or brew beer with. And you can mine, cut down trees and getting lots of resources, which you can use in crafting more and more advanced stuff to keep everything going.

A major part is alchemy, that allows you to craft potions and embalming liquids. You can use pretty much everything as a source of alchemical substances, including the corpses and their organs.

This all is combined with an interesting story that unfolds. This world and the villagers have a past, which you can slowly uncover as you help with various problems they face. But over all is the task of your main character: get back to his own world and to his love. The tone of the story is often light, even with a dark history of this world. Expect some quite morbid jokes. 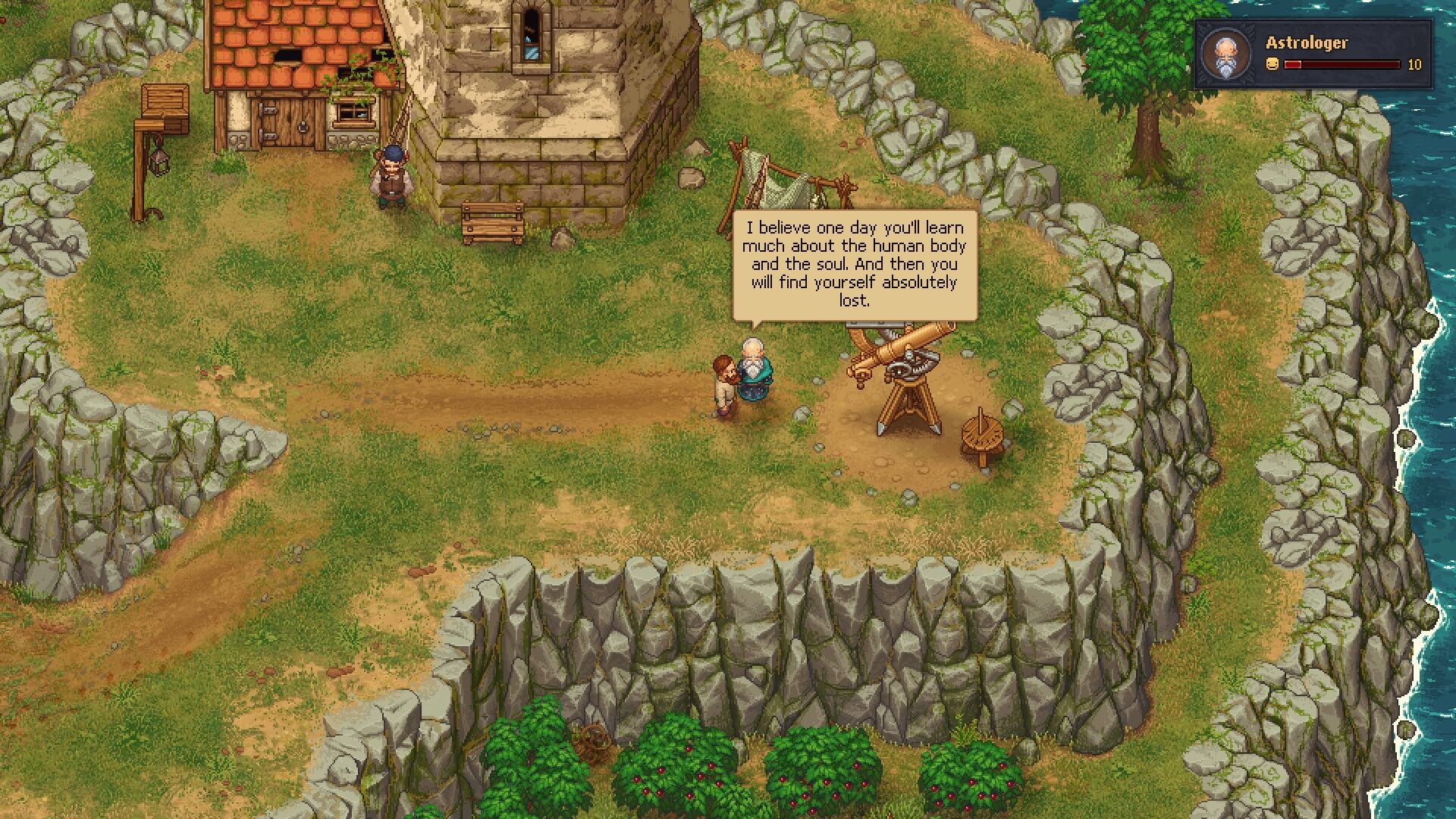 The game has a pretty artstyle, and some nice effects for a 2D game with cool lighting and weather effects. The music is quite catchy, although more titles for less repetition would have been nice.

The game has three DLCs. Breaking Dead (which is included usually in PC versions) allows you to create Zombies, which you can use to automate tasks. Highly recommended, because cutting down a tree is only fun for the first thousand times or so. Stranger Sins adds a tavern and a lot of story about things that happened 200 years ago. It is quite nice to see the ruins you encounter everywhere as actual buildings in the past. Game of Crone is just out in October and I haven't played it yet. But it says you can manage a camp and get more story about the last keeper.

One thing annoyed me: the fishing minigame is bad. I hate it. Luckily I can buy every fish I need for the story from the fisherman at the lighthouse. I also recommend to buy a teleport stone early on from the tavern owner, so you don't need to walk everywhere.

Overall this was a very enjoyable experience for me. It may be too grindy for some, or the humour too lowbrow and morbid. But if you can enjoy that, this game is very fun. It is available pretty much everywhere.