Past years list features Assassin's Creed Odyssey, simply because I like the setting of ancient Greece. Do you know why? Because I really like the ancient greece mythology. Now Ubisoft thought they could do better for me, not just a game set in ancient greece, but set in greek mythology. Thanks Ubisoft.

Immortals takes the Assassin's roots and does them better. Open World yes, but not as big as to turn it into a slog. The story much more focused and shorter (yes, that is good). The world more colorful. And filled with my beloved gods from mythology, with all their quirks and shortcomings. Because I love that about the gods of greek mythology: they are very much infused with faults and character flaws. Immortals uses that to create a fun story that still is founded on the roots of the myths. 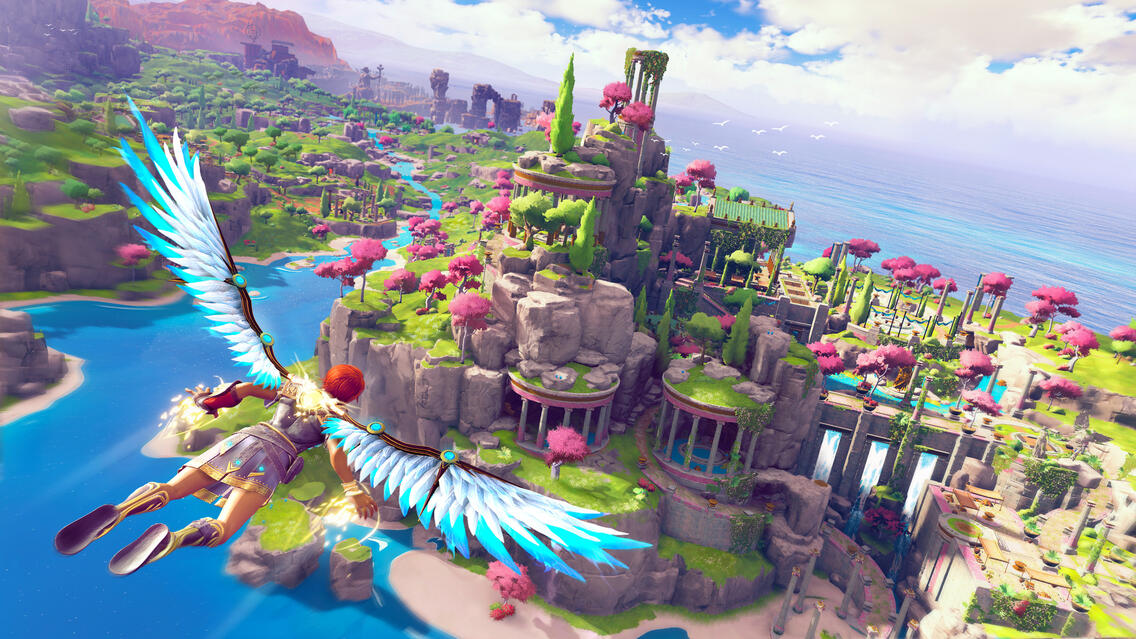 I like the humour. The game is told as a story, which comes with it's own set of things, as Prometheus and Zeus sometimes discuss how the story goes, which reflects in your game. This starts with the character generation, where Zeus and Prometheus discuss the looks of the hero, while you select options. The things happening to the gods is deeply rooted in the actual mythology, but pokes fun at it. Therefore the antagonist Typhoon turns Ares - the god of war - into a chicken and Athena - the goddess of wisdom and strategy - into a child. You are tasked with restoring the gods.

The game takes a lot of elements from other games, which is not a bad thing, as it results in really solid gameplay. It also isn't just a clone of one game, while it takes some inspiration in exploration from Breath of the Wild, the combat is much more advanced in Immortals and takes more elements from Assassin Creed games. This all is combined with a very unique story with it's own identity. So this games does not feel like a clone to anything else, but it's own thing. 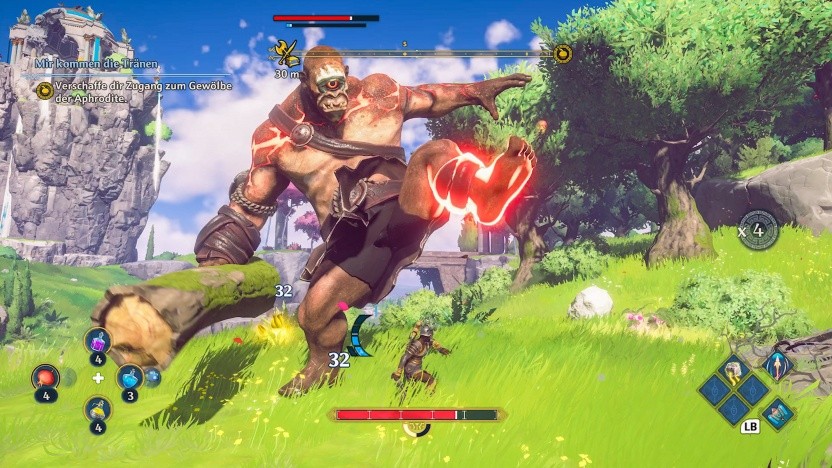 It also has a strong puzzle focus, you will find a lot of different puzzles. Luckily there are enough of them to ignore the puzzles that feel ridiculous to you, but reading some reviews, the reviewers tended to have different preferences than me. So just focus on the types of puzzles that are the most fun to you, and you will have a good time. With the enormous amount of stuff though, I fear anyone trying to be a completionist will ultimately be in trouble.

Fighting has a lot of options and as you advance you unlock much more. This feels pretty good, as it is easy to feel like a badass in combat, pulling off some great combinations of abilities. That all is completely unrealistic, but that is actually not a bad thing if your game is set in epic mythology.