One of the oldest gaming series that exists, is the adventure series Zork. This series started 1977 on a PDP and was 1980 transformed into the Zork series by the company founded for this purpose, Infocom. The games back then were text adventures, meaning everything was text, you typed in your command and on the screen was shown text that described the result. Zork was for the time an incredibly successful game (for the time) and Infocom was among the greatest gaming companies. But the failure of a Lotus Notes clone (which itself was overtaken by Excel later) and the introduction of graphical adventures by different companies led to financial trouble for Infocom, and it was taken over by Activision. Activision tried to make money of their Zork-franchise they've gotten through this aquisition and as a result developed Return to Zork.

Return to Zork was the first graphical adventure in the Zork series, but it was also very unique in it's way. For starters the game used real actors and integrated these videos instead of animated sprites. This was used by other games at the time, but Activision actually took care that these scenes meshed well with the painted backgrounds, so that the video captures don't stick out. They also had a very interesting point-and-click interface. They didn't follow the standard set by LucasArts (Indiana Jones/Monkey Island) and Sierra (Kings/Space quest/Larry) games, but instead opened a graphical menu if you clicked on any interactive element in the graphic. You also could 'hold' an item in your inventory and then click, and the menu offered a lot of ways to use the item on the interactive element. This way the game retained some of the depth of the text adventures (which allowed for a lot of interactive possibilities). This and humorous flashbacks to the older games in the series (like in the image above) was made to draw in old fans. 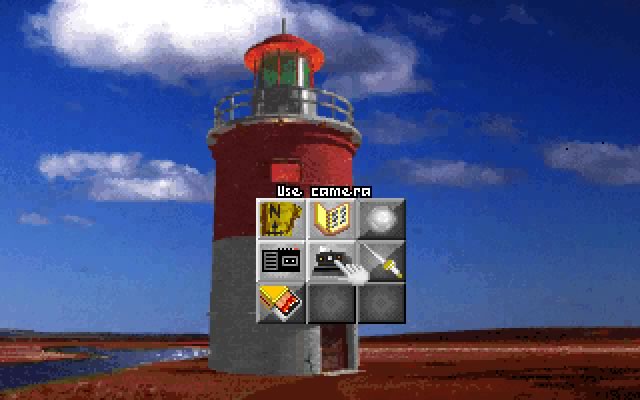 In difference to more puzzle oriented adventures, Return to Zork has a good cast of characters which you can interact with. There are a lot of communication options, including asking about photographs you've taken from different locations or characters, audiologs or places on the map. Additionally you have a magical orb and the wizard communicating through it has a lot of comments to different situations. This game shows a lot of possibilities for developing an adventure, which I seldomly saw used in other games. It also has an interesting story, a variety of characters and brain-teasing puzzles. In this game you can die or make choices that lead to make the game unwinnable, but the game always instantly tells you that, so that you can go back to the last safe situation. 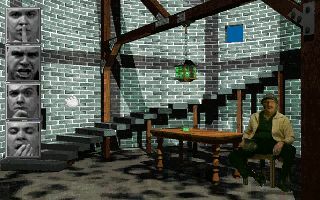 If you wanna play the game today, you can purchase it from GOG, play it in the browser at archive.org or reuse your old copy with DosBox. A fan of point-and-click adventures should possibly give it a try.