I played a few Assassin's Creed games, but became burned out by them quickly, as they released in too rapid succession with too little changes. So I stopped playing them. but there was one I couldn't sit out. As I am since childhood a fan of ancient greek mythology I couldn't pass up a game set there.

And as it turns out, after staying away from Assassin's Creed for a while, the basic formula is fun again. Exploring the lands, solving side-quests, gathering materials for my ship. Sometimes I have fun in ship combat. Or exploring ruins or shipwrecks underwater. This is all great.

I don't actually care much about the main story though. And I am not a fan of the big battles. They feel more like a chore than fun (in difference to Warriors game, where bashing hundreds of enemy and change the flow of battle is actual fun). But I do very much enjoy being an Assassin: sneaking into the commanders house, murdering the commander in the sleep, stealing stuff while being there and flee unseen. That is great fun and I enjoy it every time. I also like the mercenaries set on your path, they spice things up. It is a thrill trying to avoid them, sneaking around them or battling a few of them. 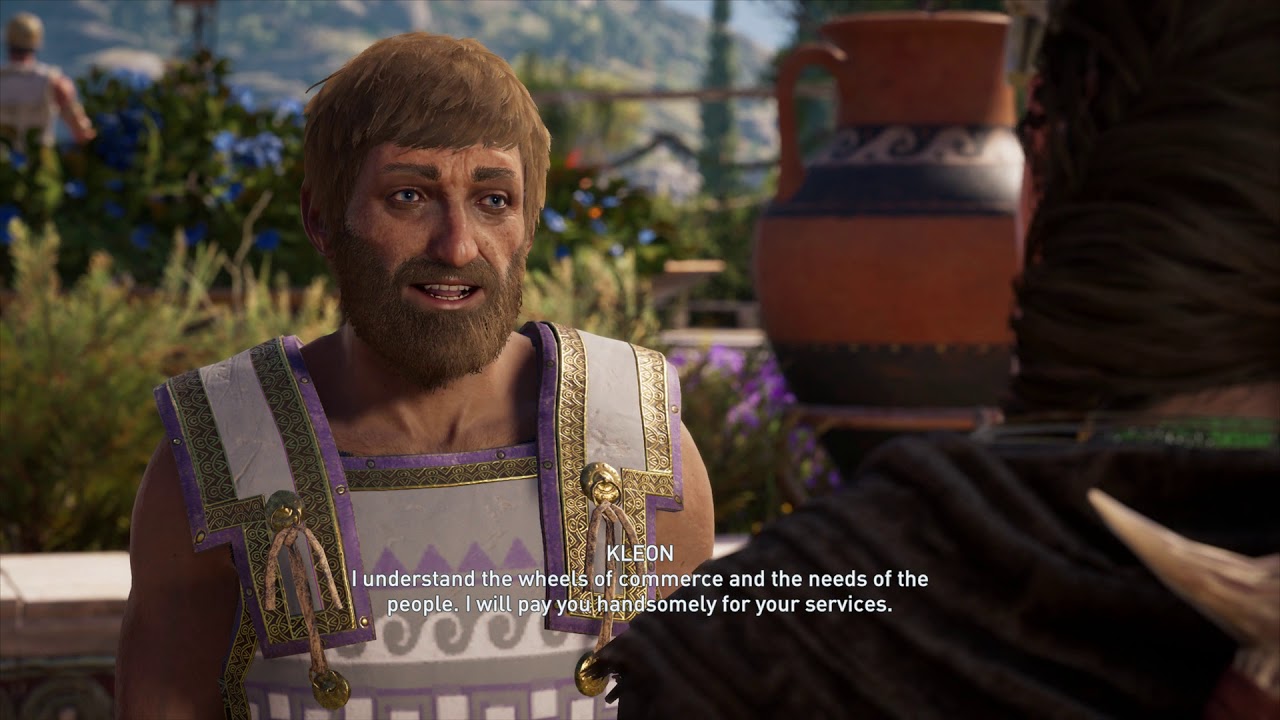 I also liked the realism of the setting. Don't get me wrong, I don't expect games to be realistic (I expect to have a lot of fun with Fenyx Rising later this year, which will use the same basic roots, but being way more phantastic). But I could enjoy see people live their live and the depiction of ancient greece being somewhat true to the actual history. For that I also liked that the game has virtual museum tours through ancient greece, connected with photographs of actual exponats from museums. Watching these tours and then see how this is reflected in the actual game is kinda cool. I still enjoy very unrealistic games though, but having a few connected to the actual world and learn something is sometimes also fun.

And an area that was great were the visuals. The mediterrean landscapes modeled in the game are gorgeous, and climbing a viewing spot to take in the surrounding feels pretty good.

So, enjoying my experience with the game I learned that Assassin's Creeds formula is fun, if you don't overdo it.

The game is available on PS4, XBox One, Windows PC and Stadia. I played it on Stadia, simply because that is the platform available to me.