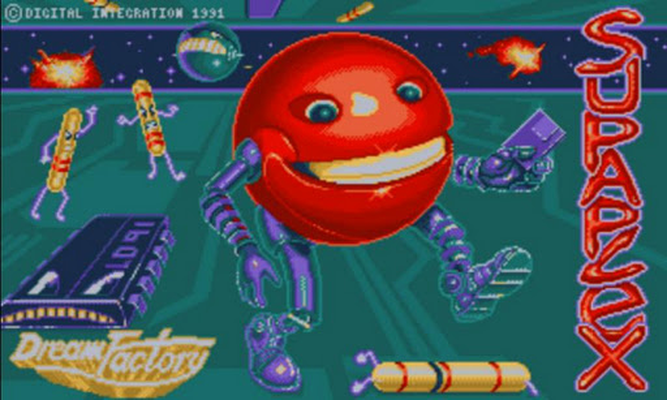 I played Supaplex a lot back in the day. Solving one more level or retry after failing was a very addictive loop. This game in it's core is a Boulderdash-clone, but added some things and had such neat artstyle and sound-design.

As in Boulderdash you go through the level, collecting (in this case) Infotrons and avoid being hit by a stones. The game includes exploding floppy disks, enemies (the scissors you see above), gravity for some levels and some other stuff to keep it fresh. Overall it contains 111 levels, but if one level is too difficult, you can skip it, but the number of skips is limited. 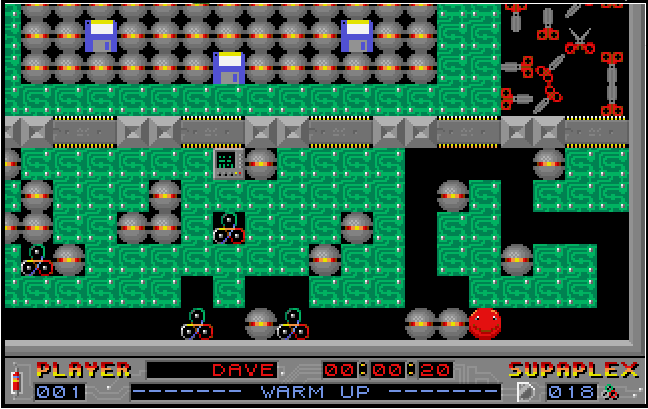 The game released originally for Amiga and DOS. But it got many clones and rereleases like Megaplex for Windows (with level editor), Infotron for MacOS, Igor The Time Machine (an extended game from the same devs), WinPlex, New Supaplex, Supaplex 3000 and an adapation for the Apple Appstore. If you want to play it, you have certainly a lot of options. For the original feeling, download it from the developers and play it in DosBox.