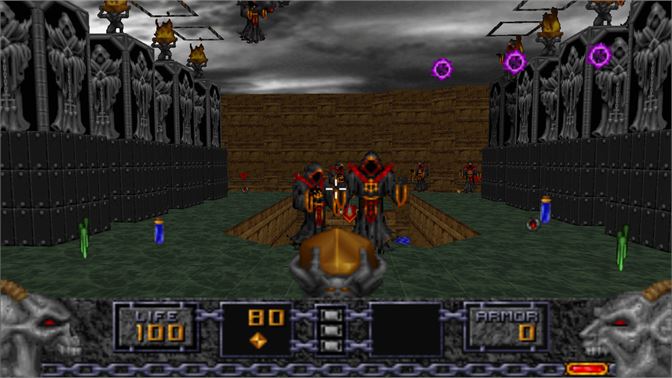 I always (even back in the 90s) was feeling Doom had textures that were not very interesting, just brown, grey and green in seemingly random distribution. The levels built with it - looked not very realistic. Heretic did a much better job with that, walls looked like walls, the textures looked all differently and so the levels looked like something I can imagine as a castle or a dungeon or what the different levels resemble.

It keeps Dooms strengths though: brutal and satisfying combat, good music, interesting level design. I think it improves even a little on some of these parts. The levels feel more intricate, it has some brutal traps that totally get you on the wrong foot and can lead to a fast demise. Also looking for secrets is more fun because of the better textures that are actually different, so a different wall tile gives a good hint for a hidden door if you look for that. 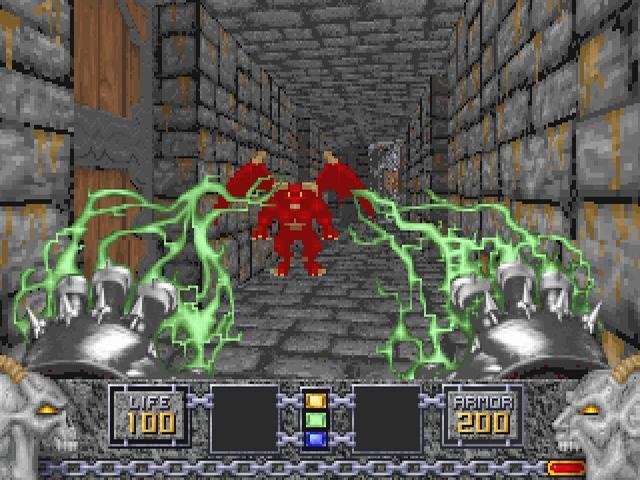 It also has some minor technical improvements. Most importantly Heretic has items that you can cycle through and use in combat, like the Tome of Strength which improves for a certain time your attack, some bombs, wings for flying, an item morphing enemies into chicken and health potions you can save for later. It also has ambient sounds in addition to the music, like evil laughter and rattling of chains which improves a lot on the atmosphere.

It was a very enjoyable experience and I am happy to actually looked to get an old game which I missed back in the day. 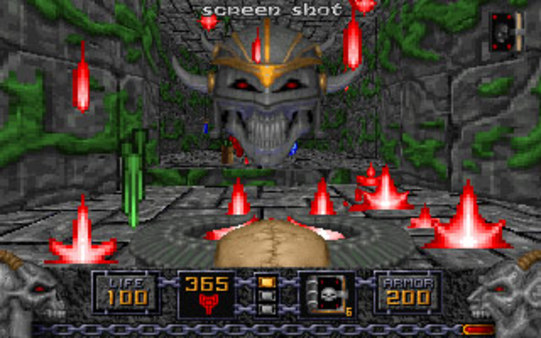 The game must have been successful enough for developer Raven and publisher id, so it got a sequel in Hexen (the actual Heretic II came years later with Quake-engine). I probably should try Hexen next.