As ARandomGamer correctly guessed on the second place is Etrian Odyssey Untold: The Millenium Girl. 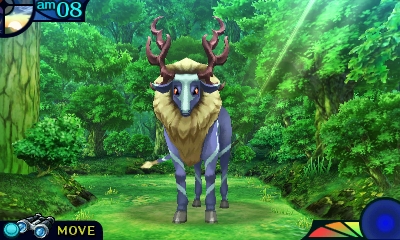 I really love the Etrian Odyssey series. So in a way this game stands for all of them. This game is a remake of the first game with the modern engine of EO4. It also slightly enhanced the gameplay with newer elements. Additionally you have a new mode with a cut-scene driven story and pre-generated party. But you can play classical too.

The basic Etrian Odyssey gameplay is a great dungeon delver. You create multiple characters from different classes and choose five of them iinto your party (every time you go back to town you can switch active characters). You explore the labyrinth while drawing maps on the bottom screen of the DS/3DS. You have to fight regularly in turn-based RPG-fights. You gain experience and level up your party. You have to fight bosses to get deeper into the labyrinth.

The map-drawing with the touch-screen is an integral part of gameplay, you even get an early quest to draw a map.

The games all, so this one too, have the great level-design Atlus-RPGs usually have. As you explore the labyrinth, you encounter puzzles to move on and unlock shortcuts so that you don't have to move through known parts again and again.

As an improvement on the original game your skills are now presented in a tree, although the dependencies were already existant in the first game, but not graphically represented. 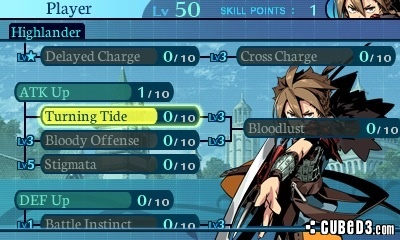 In the original and classic mode on certain events while exploring a dialogue with anime-faces would pop-up.

In the remake they added the story-mode which has real cut-scenes and additional story though. 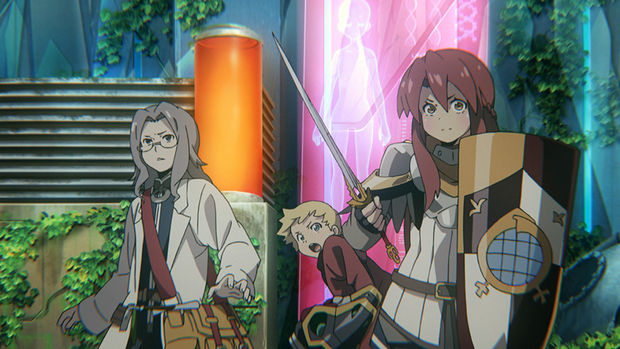 This is an great example how a remake can enrich and add to the content of the original game while retaining it main identity and strengths.

The game itself manages to keep me invested through the gameplay, the great colorful monsters and environments. I really love the hell out of Etrian Odyssey.