As guessed by Darashiva, the next game is Resident Evil. 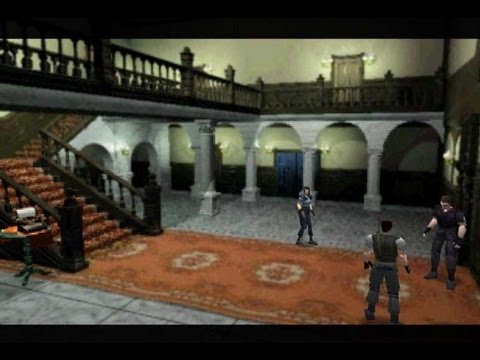 Yeah, the original entry in the series. I never played it originally (I wasn't into console back then), but on Wii I got it after I played RE4. And the first RE from the instant felt even better than 4. It was more horror, more survival, less action. That was so much better.

Do you remember the dogs jumping through the window? Stuff like that burns into the memory.

The game felt right as a survival-horror. You have to uncover the strange things happening. What the game does right, that each time you start to feel confident you can manage it, it adds another danger.

The game kicked off one of the most influential game-series and was a great success. As the series turned in recent years more towards action it was a source of big discussion, there are fans of the newer style , but also fans of the old style.

The game made it to many platforms. As I said, I played it on Wii, but that was a decade later. Originally it released on the original Playstation. But it was ported to Windows and Sega Saturn. Apparently it was released also on Nintendo DS (which I didn't knew) as Deadly Silence. Then there was a remake for the Gamecube, which was the base of the Wii-version I played. And then a HD-remaster for Windows, PS3, X360, PS4 and Xbox One. So basically you can play it if you want.