Nobody guessed that. It is Digaea 5. 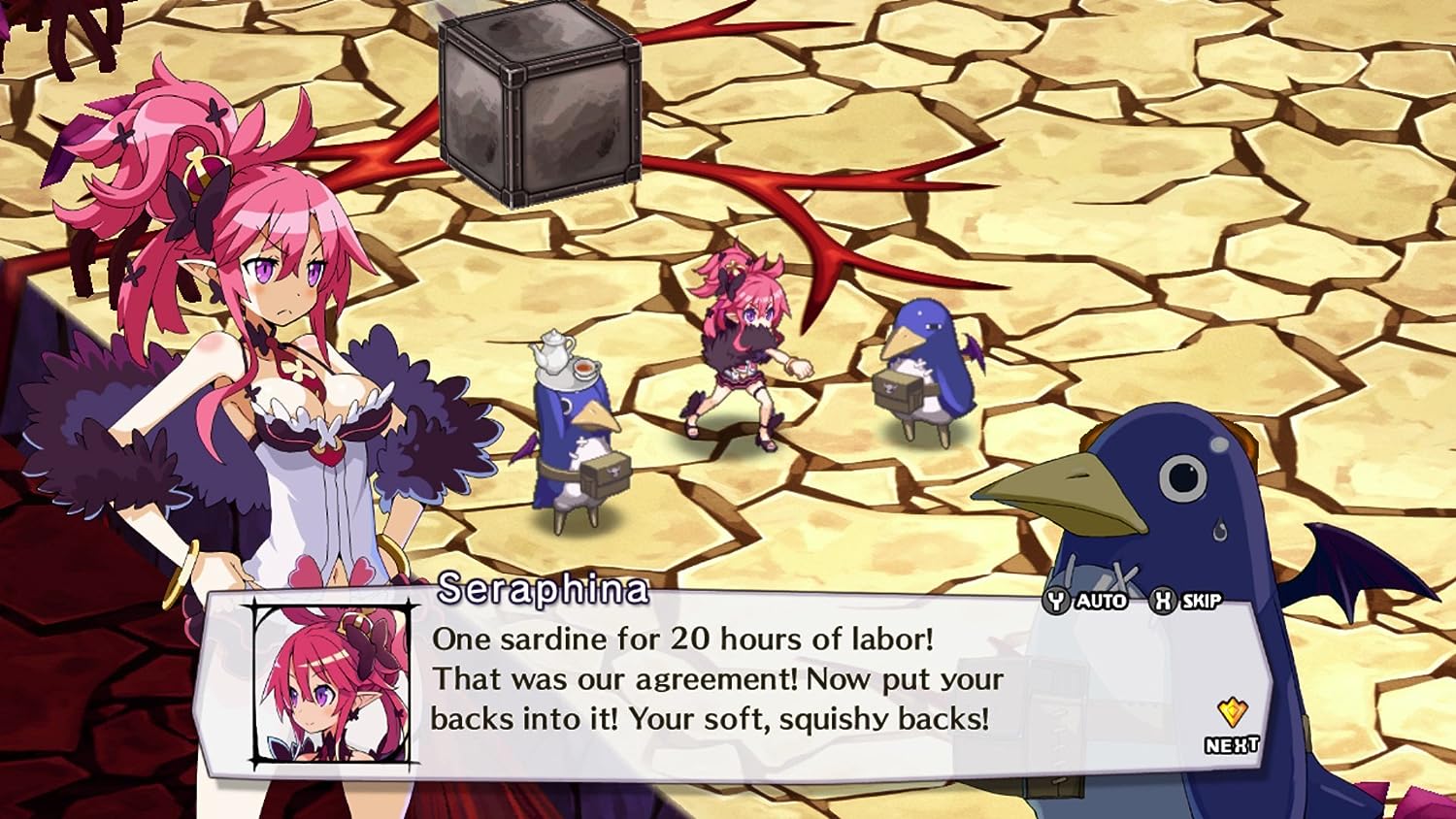 The game put crazyness not only into the story, but also into the gameplay. You can make human (err... demon) towers, to attack. You can dive into an item to fight there and increase the level of the item while at it. You can bribe or fight senators to change game rules according to your wishes. You can throw some units and they explode on impact. Who even gets such ideas. This is a lot of fun.

It is helpful that it is also turn-based strategy, a genre I like. Even more with RPG-elements in it, which Disgaea uses strongly. I can't get around it, that so far I missed completely out on this great series.

I played it on Switch and I hope NIS releases the next game in the series also on Switch, because the turn-based nature and the small levels are practically made for mobile play. It was also released on PS4. I think this would've been a great fit on Vita, but seemingly NIS disagreed.