Hint 1: Cast spells at your servants to make them fall down. 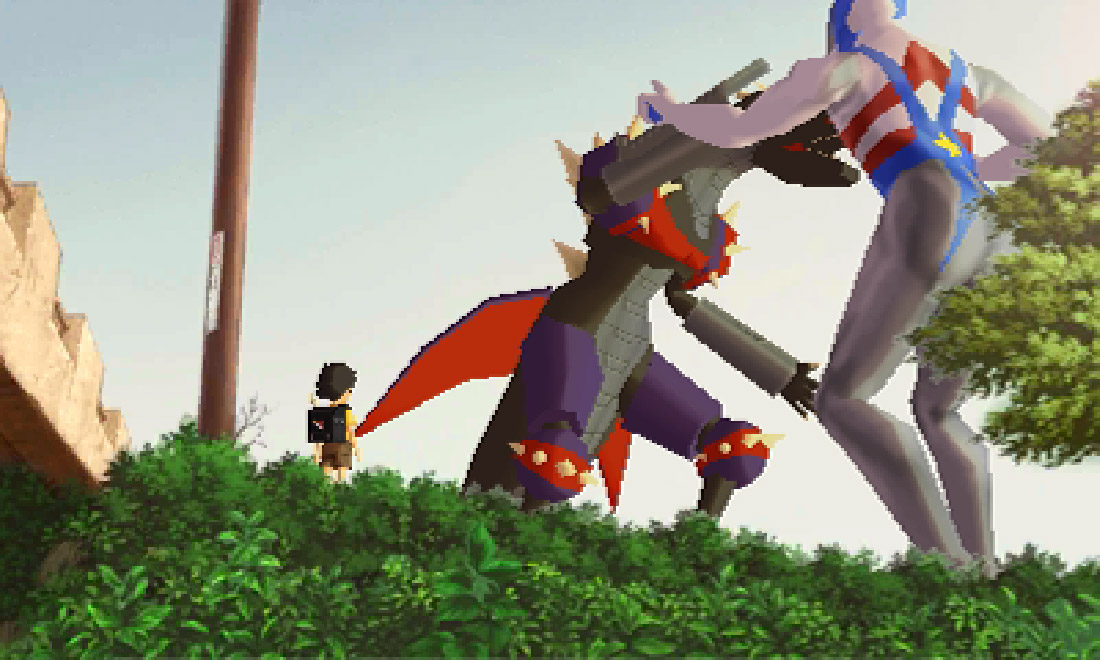 That game is part of the Guild series of games by Level 5. The guild games are smaller downloadable games for the 3DS made with prominent game designers. The intent was to follow up on some less mainstream ideas, give them a small budget to make at least a small game that helps this idea to fly.

Attack of the Friday Monsters is a small adventure game, more like an experience. It follows Sohta, a boy in 70s Japan, where in the TV shows with monsters gain popularity. The kids believe the monsters are real (and maybe they are) and in this town the things are happening and coincidentally there is a TV-station in this town which airs a monster-show. So everything smoke and mirrors?

Although there is not much game to play, the game in itself is so charming made from the view of a child. As an example: the neighbor is a writer for the TV-show and his daughter at some point realizes he always know in advance which monster will show. She concludes that he is in league with the monsters and is heartbroken.

The story goes on to include Aliens and some strange happenings. Overall it was so charming, it had to make my list.