This one seemingly was a bit harder, it took a while until John19 guessed it. 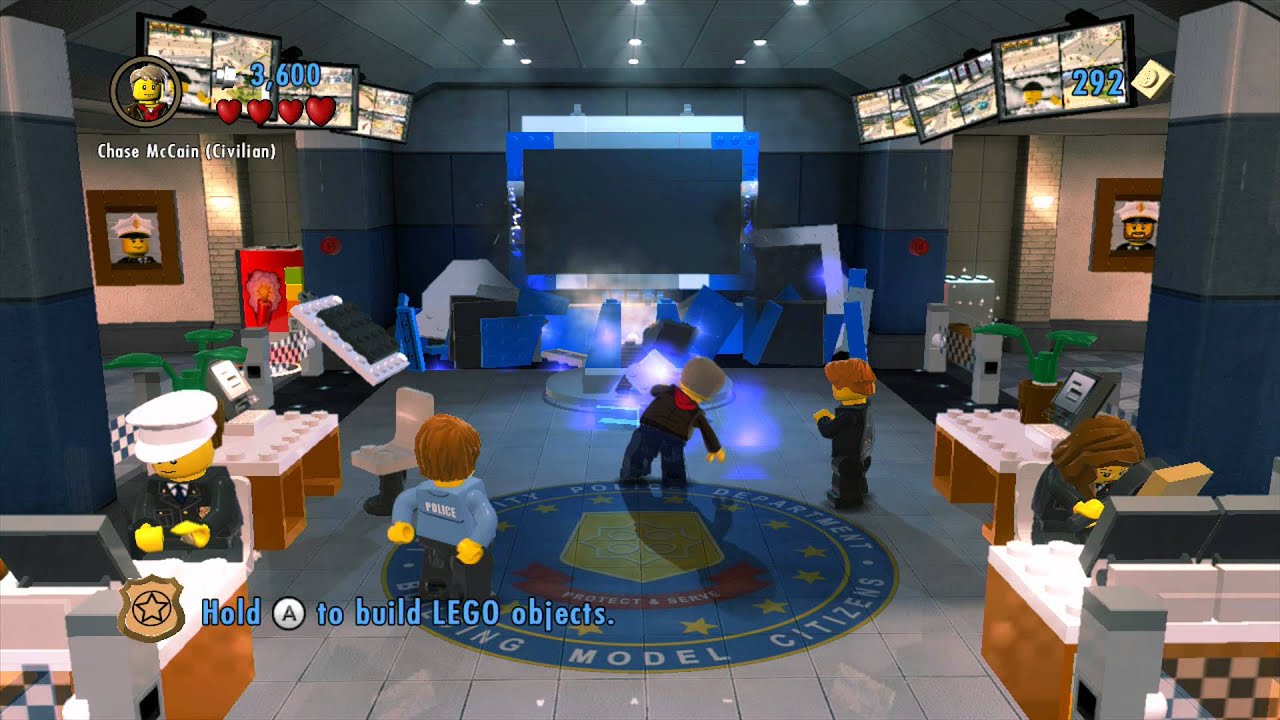 Can you see it? Right there in the screenshot is my first hint: Building model citizens. In the logo of the Lego City Police Department.

Well, you probably know Lego games. You have a bit of adventure, a bit of action and fights, some puzzles and a lot of humor. Nothing too difficult, but not always completely obvious either. It is the right mix for a relaxing yet entertaining game. So I do like Lego games, although differently. Some were in my opinion badly constructed, but that is another topic.

Of the ones I played (and as there is a flood of Lego games, I played only a few) i liked Lego City Undercover the most. Additional to the basic Lego formula which is working just fine in the game, you have an open world that you can roam of you don't want to follow the main story and it has a lot to discover and a lot to do. The one major critic I can direct at the game are the loading times.

In the game you follow Chase McCain, a policeman that comes back to Lego City after two years. His former boss is now mayor and tells him the criminal Rex Fury he caught back then has fled prison. So he looks for the main witness in the case back then and his love that had rejected him Natalia, as he suspects Rex Fury will go after her.

The gamepad is actually utilized well in the game, that might have led to the statement I put in hint 6. But this year saw the release of the game on PS4, Xbox One and Switch, so you can play it on a more modern platform than WiiU.