As guessed by John19 my next game is Pikmin 3. 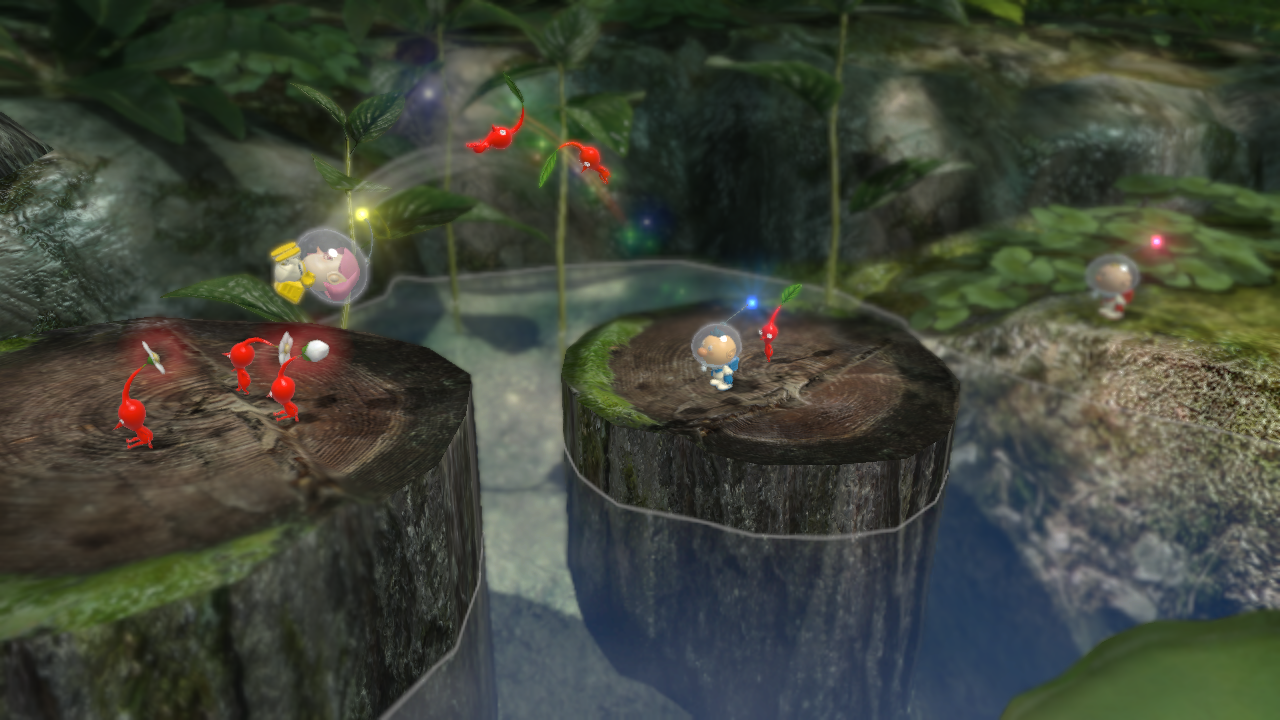 This game announcement (along with some others) convinced me to buy the WiiU early on. Pikmin 3 was announced for the 'launch window'. Eight months after the launch of the device finally came this game. That launch window...

Anyways, the wait was worth it, as the game was good. I like all Pikmin games, this one did all right with the mechanics, had some additional usages for the gamepad that were actually good and some pretty good multiplayer-modes, so it beats out the first two, although close.

The three heroes you command are coming from another planet than in the first two entries. On Koppai they have eaten up all the fruits (and they despise vegetables, it must be fruits), so these three are an expedition to search for new fruits. As in the earlier games the heroes are small, the fruits provide a lot to eat.

The story developed by cutscenes and the logbook written by the astronauts is funny and entertaining, but nothing deep (not that I expect that from Pikmin).

The most important point is, that the core mechanics of the game work as well as before and the puzzles and boss battles are interesting and entertaining.