As guessed correctly by John19 my game for today is the original Splatoon for WiiU. 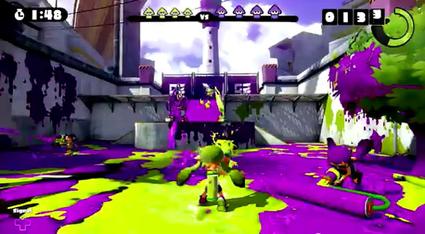 Whether you're a squid or a kid, this game might draw you in with it's competitiveness. A shooter with paint, and target is not kills but coloring the stage. Good teamplay is actually doing something, even a good player cannot win alone. You customize the clothing of your Squid with multiple stylish offerings. A single player mode is included. Although some criticized the game for various reasons (incomplete on release with later downloadable items, not a free choice of stages and so on) the game obviously hit a nerve and developed into a sales magnet, despite being on the WiiU.