Okay, I want to win in fantasy football this week. Gotta make sure to mess up in the prediction league to make that happen.

But first a short note on the fantasy league: I still can't believe that Jordan Reed was a free agent. If only I had paid more attention to the Redskins and knew that he hadn't played much. On the flipside, Kelce is apparently making enough progress to be available this week. Still, Reed would have added trade value to my team and there's a huge shortage of available WRs and RBs in the fantasy league.

A bunch of risky and tough picks here:

1. PHI@CAR is a toss-up where I simply go with the home team.
2. GB@MIN hasn't been pretty last year, but I put faith in the Packers.
3. DET@NO is a game that I expect the Saints to win, but if I picked them, then Detroit would win. It's screwed up.
4. TB@ARI was a slaughtering of the Bucs last year, but I pick them anyway.
5. LAR@JAX is a pick based on the Jaguars performance: Brilliant, basket case, brilliant, basket case, brilliant, therefore basket case.
6. LAC@OAK, here I'll trust the Raiders offense which attained 543 net yards in the past three games combined.
7. NYG@DEN isn't anything special, I just want to laugh at the Giants' miserable situation.
8. IND@TEN is a matter of trust in an offense that sucks. Brissett could very well pull off an upset.

That should do the trick of tanking this week which in turn will guarantee a win in fantasy football. I'd change my pick to Carolina since Lane Johnson isn't playing, but as deep down the standings as I am at this point, making the wrong pick and hoping it turns out to be right is pretty much the only way to get ahead lol

Yup, it's a difficult situation. You are pressured into taking risks which then more often than not puts you even deeper in the hole.

EDIT: Dallas is done for. Elliott's suspension is reinstated.

@Noble: I will welcome you to the Pack with open arms. 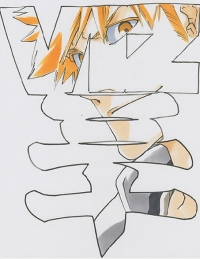 I will take Carolina tonight